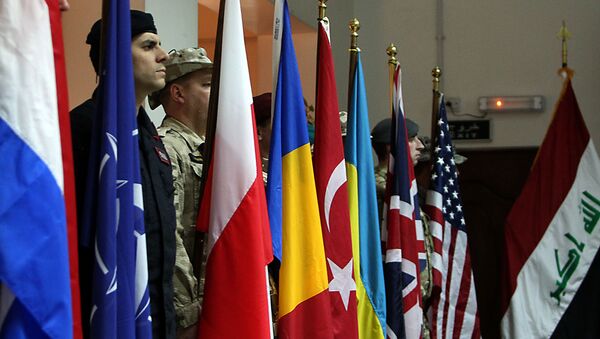 Iran's top military and intelligence official Qasem Soleimani as well as 11 others, including the deputy commander of the Iraqi Shia militia Abu Mahdi al-Muhandis, were killed in a US airstrike in Baghdad on Friday.

The armed forces of Sweden and Denmark have halted their training missions in Iraq following the killing of the Commander of the elite al-Quds force of the Islamic Revolutionary Guard Corps (IRGC) Qasem Soleimani in a US airstrike on Friday, according to Sweden's Expressen and Danish news agency Ritzaus.

"We have been watching closely the developments in the area...Taking part in a military mission is always risky and although our personnel is very well prepared, we have halted our mission since the security of our staff is a priority," spokeswoman for the armed forces, Kristina Swaan, said.

The Swedish mission, which comprises 70 soldiers and officers, arrived in the Middle East at the invitation of Iraq in August of 2015.

The Danish armed forces also halted training of Iraqi troops as part of Operation Inherent Resolve, the Ritzaus news agency reported on Saturday, citing the country's defence ministry. Denmark has also suspended its participation in a NATO's mission in Baghdad, where the kingdom is represented with 10 staff officers.

On Friday, the Pentagon announced that Soleimani was killed in a drone strike at the airport in Baghdad which was authorised by US President Donald Trump. According to the US side, the strike was aimed at "deterring future Iranian attack plans."