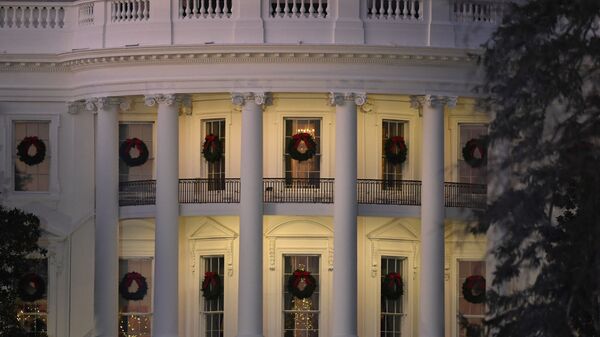 Ilya Tsukanov
All materialsWrite to the author
The United States assassinated Quds Force Commander Gen. Qasem Soleimani and a senior leader of Iraq’s Shia Popular Mobilization Forces (PMF) militias in an airstrike at Baghdad International Airport shortly after midnight on January 3, with the attack leading to a dramatic escalation of tensions in the region.

The operation to kill General Soleimani was put together by a handful of Donald Trump’s most senior aides in a matter of a few days, with the president approving plans to assassinate the Iranian commander shortly after the December 27 rocket attack on a US military compound in Kirkuk, northern Iraq, Bloomberg has reported, citing three people said to be familiar with the matter.

Washington had blamed ‘Iranian-backed militias’ for the Kirkuk attack, which killed one US civilian contractor and lightly injured several US troops, and one of the officials told Bloomberg that that attack served as a ‘red line’ for Trump, who reportedly told European officials earlier to warn Tehran about the unacceptability of targeting Americans.

No group has claimed responsibility for the Kirkuk attack. The US has accused Kata’ib Hezbollah, an Iraqi Shia paramilitary force, but has yet to present evidence to back up its allegations. Prior to the strike on Soleimani, the US had already ‘retaliated’ against Kata’ib Hezbollah, killing dozens of militants and prompting Iraqis to try to storm the US’s Baghdad Embassy compound.

The select group of advisors planning the strike on Soleimani reportedly included National Security Advisor Robert O’Brien, Secretary of State Mike Pompeo, Vice President Mike Pence and Acting Chief of Staff Mick Mulvaney, with the officials communicating by secure lines from locations across the US in the days after Christmas.

One US official said that the US military wasn’t monitoring Soleimani directly on the night of the attack, but rather launched the strike on the basis of earlier-obtained information that he would be at Baghdad International Airport, on route to a third country – Syria or Lebanon, on Friday morning. 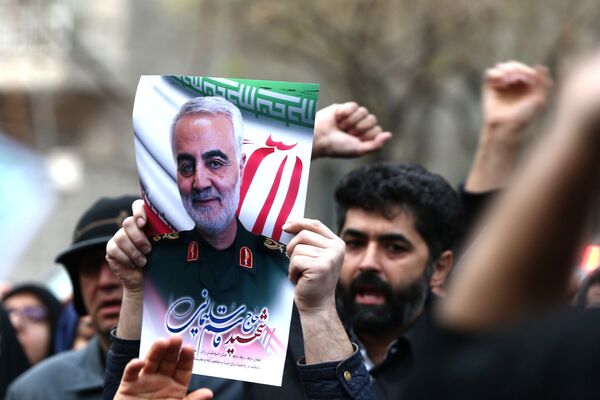 Iranian demonstrators chant slogans during a protest against the assassination of the Iranian Major-General Qassem Soleimani, head of the elite Quds Force, and Iraqi militia commander Abu Mahdi al-Muhandis, who were killed in an air strike at Baghdad airport, in front of United Nation office in Tehran, Iran January 3, 2020.
© REUTERS / WANA NEWS AGENCY

An official also said the Trump administration decided not to notify Congress about the attack ahead of time amid ‘security concerns’, with White House press officers similarly kept out of the loop. US allies were also left uninformed, leading to mild criticism from the UK.

Qasem Soleimani, a major general in the Revolutionary Guards, served as commander of the Quds Force, a Revolutionary Guards division responsible for Iran’s extraterritorial operations. His activities included providing support for Iran’s regional allies, and military and planning assistance to Iraq’s Baghdad-allied Shia militias, the PMF, during the war against Daesh (ISIS).*

On Friday morning at around one am local time, Soleimani was killed by a US drone targeting the vehicle he was traveling in. Abu Mahdi al-Muhandis, deputy chairman of the PMF, and commander of Kata’ib Hezbollah, was also killed in the strike.

Esmail Ghaani, Soleimani’s successor, has warned that the brazen attack on his predecessor would lead to the deaths of Americans “all over the Middle East.” Those at risk include an estimated 5,000 US military personnel still deployed in Iraq. 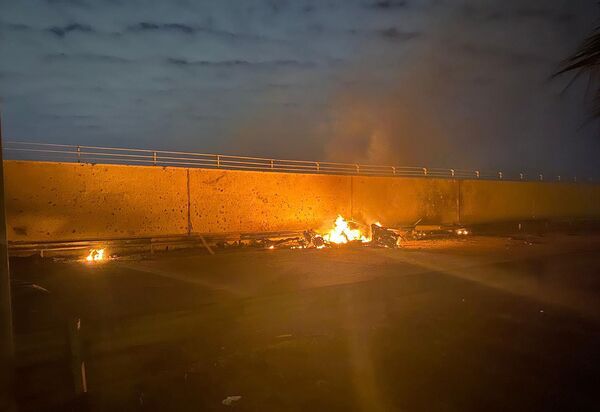 In the aftermath of Friday’s strike, US National Security Advisor Robert O’Brien claimed that Soleimani was responsible for planning attacks on US military personnel and diplomats, including the December 27 attack on the M1 military base in Kirkuk. President Trump similarly alleged that Soleimani was “plotting imminent and sinister attacks” against Americans, and that he ordered his assassination “to stop a war.”

Iraqi and Iranian officials have vigorously condemned the US operation, while the Russian Foreign Ministry warned that there would be “grave consequences for regional peace and stability” stemming from the assassination.