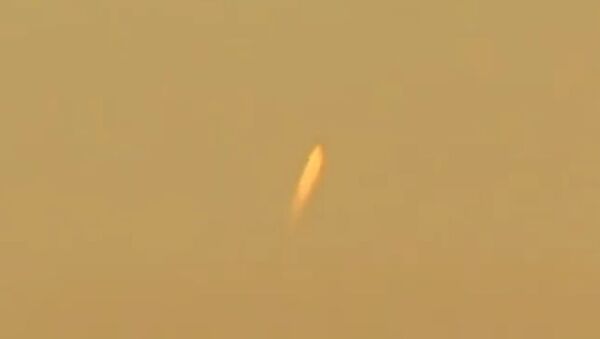 People out enjoying a spectacular New Year’s sunrise on the Treasure Coast of Florida saw something weird that could be massaged into a screenplay for an X-files episode, and a piece of real video evidence exists of the oddity.

People from Vero Beach to Jensen Beach reported seeing a strange object with a burning trail in the moments before sunrise on 1 January. Local media immediately responded to the site where a mysterious air phenomenon was spotted, stirring up the public, and asking eyewitnesses about their experience of facing the unknown.

"I knew what I was looking at was either a missile or a rocket [...] What I couldn’t understand was why was I seeing it in that area because there’s no launch pads out in the ocean”, an eyewitness who was taking pictures of the New Year sunrise in Fort Pierce told the WPTN broadcaster.

Someone offered a popular opinion, hinting at an underwater alien base.

A former historian from the US Strategic Air Command, however, dispelled any mystery of extraterrestrials, saying that “It’s very easy to speculate; people think they see something”.

The historian stressed that what people saw was actually the contrail of a plane illuminated by the rising sun, according to WPTN. The atmospheric phenomenon can reportedly occur more often with an aircraft during sunsets than sunrises.