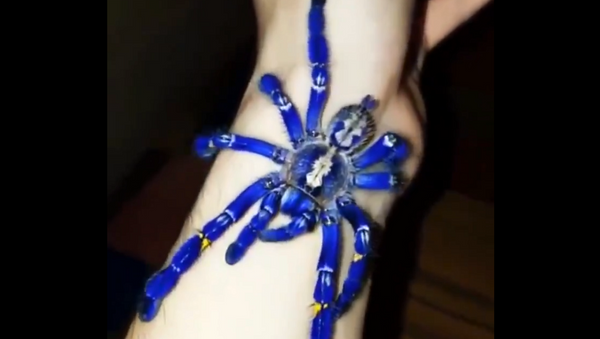 Keeping a pet tarantula is no unusual nowadays, even though many people believe that this type of spider is rather scary. But this unusual species of tarantula will probably make even a dyed-in-the-wool arachnophobe overcome their fear.

A Twitter user nicknamed nakamanian has posted a video of an unusual tarantula that looks exactly what a tarantula should look like, except for its unbelievable body colour, which is deep sapphire-blue with occasional yellow, white, and black spots.

The spider in fact is called poecilotheria metallica, also known as the Gooty sapphire ornamental, can only be found in India. It is, indeed, poisonous, but its venom has never caused a person to die.