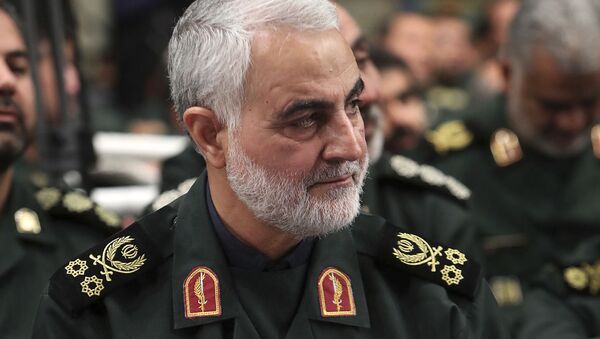 Israeli PM Benjamin Netanyahu has shortened his trip to Greece, where he signed an agreement with the Greek and Cypriot leaders on the construction of a gas pipeline, following reports about the killing of Qasem Soleimani, the IRGC commander, responsible for the country's exterritorial military and covert operations.

World
Did America Just Start War in the Middle East? US Congress Reacts to Iraqi Strike Killing Soleimani
Doing so, Israel was completely alone while the US preferred to focus its activity against Iran in economic and diplomatic fields. It is not a problem for Israel to be on high alert because of Iran as the country has been ready for the escalation of tensions with Iran for several months already.

Iranians Protest in Response to Qasem Soleimani’s Killing - Video
There are several scenarios on how Iran may react: The first, is the homeland option, meaning that Iran can instruct Hezbollah to use its agents in the US in order to target sensitive and strategic locations like JFK airport or locations in Washington.