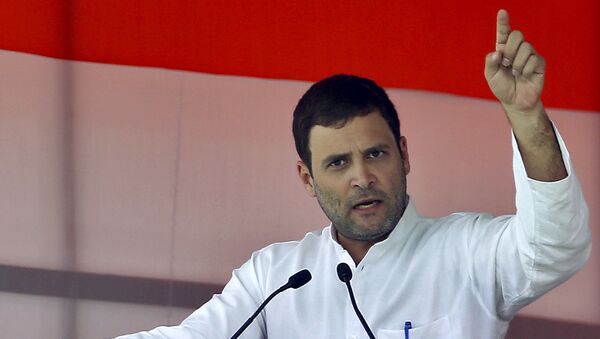 A day after its late co-founder was accused of having had physical relations with Mahatma Gandhi’s killer, Akhil Bharat Hindu Mahasabha’s President Swami Chakrapani rubbished it, while saying: “Similarly, we have also heard that prominent Congress leader Rahul Gandhi is homosexual”.

The book, titled as “How Brave was Veer Savarkar”, was distributed in India’s Madhya Pradesh state during their 10-day long camp organised by Congress Seva Dal.

According to Lalji Desai, chief of the Seva Dal, the booklet states that “Godse was in a gay relationship with the Savarkar. The writer has written it on the basis of evidence”.

The booklet also claimed Savarkar threw stones at mosques at the age of 12 and also provoked his followers to rape women of minority communities.

Meanwhile, the federally governing Bharatiya Janata Party’s lawmaker Rameshwar Sharma from Madhya Pradesh has alleged that Congress is trying to spoil the image of patriots.

“They always wanted to portray Savarkar as anti-Muslim. The Congress party is defaming a warrior like Savarkar and doing character assassination of the braves”, Sharma said.

Hindu Mahasabha is a hardcore Hindu organisation known for raising its voice against anything denigrating Hindus as a community or Hinduism as a religious faith.