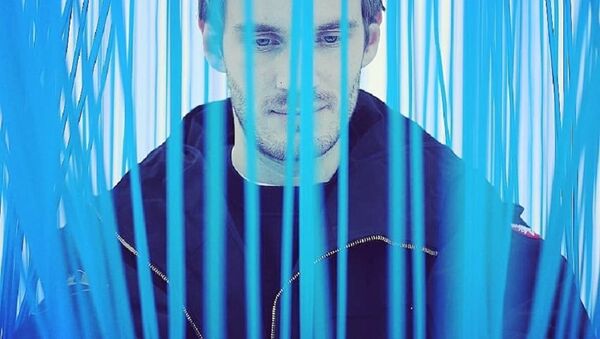 Pewds recently shocked his followers by announcing that he would be taking a break from YouTube for a brief period of time in 2020 and has also quit Twitter, which saw his 18-million army of followers shrink to a meagre 53,000.

PewDiePie’s wife has taken a jab at him over childhood photos that Pewds’ fans have been posting of late. The blogger has been quite annoyed by this interference in his private life and called on netizens to stop posting pictures. Marzia apparently decided to help her significant other, but in her own way. Marzia sent him two photos saying Pewds looked like Dave Gallagher.

For those who don’t know, Dave Gallagher is a US actor best known for the television series 7th Heaven and doing voiceovers for the video game Kingdom Hearts and the king of YouTube bears a striking resemblance to him.

PewDiePie seems to have found a solution to the issue of his childhood photos. The 30-year-old blogger made a video in which he decided to just put everything out there – from photos showing Pewds during different periods of life to diaries and drawings he made when he was a kid. The blogger, whose channel hit the 100 million subscription mark this summer, has recently revealed the most cringeworthy fan experiences he dealt with.

Ironically, this is the most common thing all celebrities have to deal with – being photographed by fans, but Pewds said he absolutely "hates" that people treat him like a celeb.

"People taking photos in secret is rude and annoying and cringey as hell because I can see it a lot of times happening. I hate the fact people look at me like I’m some sort of attraction, I’m a person like everyone else and I want be treated like a person. I don’t think that’s too much to ask. Me complaining about it isn’t because I’m fed up with it, it’s that I want to change it", the blogger said.