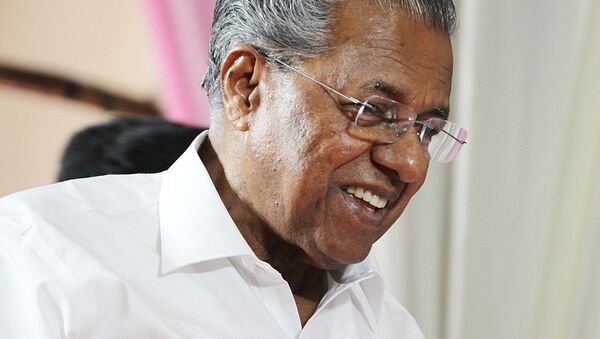 New Delhi (Sputnik): The ruling coalition in the southern Indian state of Kerala had put forth a resolution in the provincial assembly against the controversial Citizenship Law. The resolution forwarded by State Chief Pinarayi Vijayan maintained that the Assembly has its own rights and privileges that cannot be violated.

The governor – constitutional head of the state, Arif Mohammad Khan however, emphatically said on Thursday that a resolution openly challenging the federal government on the Citizenship Amendment Act has no legal sanctity.

“This resolution has no legal or constitutional validity because citizenship is exclusively a central subject, this actually means nothing", said Khan.

Kerala Governor Arif Mohammad Khan on state assembly's resolution against Citizenship Amendment Act: This resolution has no legal or constitutional validity because citizenship is exclusively a central subject, this actually means nothing. pic.twitter.com/GHPJ7lvlsR

​Kerala was the first among five states to announce that it would not implement the Citizenship Amendment Act (CAA) or the proposed National Register of Citizens (NRC), which has triggered widespread protests across the country.

Rajasthan, West Bengal, Maharashtra, Madhya Pradesh, and Chhattisgarh were the other states that had announced a decision to reject the law.

Muslims from these three neighbouring countries, however, are not eligible for citizenship as per the new law. Several opposition parties, students, and people from other walks of life have claimed that the law violates the Constitution. The government and Indian Prime Minister Narendra Modi have, however, mounted a campaign to dispel any misinformation about the law and insisted that it is not anti-Muslim.