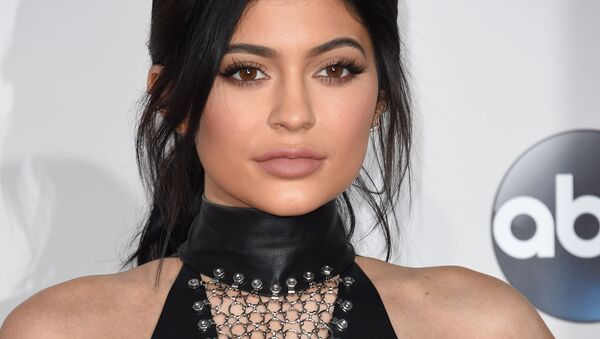 New Delhi (Sputnik): Young billionaire and shining star of “Keeping Up With The Kardashians” Kylie Jenner is known for her grand celebrations and effervescent style. For New Year's, she stepped out with a gang of girls in Los Angeles looking sparkling in a sequin silver dress with matching thigh-high boots.

In a video that appeared on Thursday, shared by a fan page, Kylie was seen with her friends, dancing to the tune of a hit Punjabi track called “Mundian To Bach Ke” and netizens couldn’t contain their excitement seeing it.

One user named Deepika Mazumder posted a video saying, “Bollywood song wow” while another user named Indrani is in deep state of shock seeing her music of choice.. She asked, “Whatttt ? Hindi music???"

Many users congratulated her for her dress in which she looked "no less than a sexy siren".

“Mundian To Bach Ke”(Beware of the Boys) is one of the most popular songs produced by group Panjabi MC. It was originally released in 1997 for the album “Legalised” followed by a re-release as a single in 2002 with Jay-Z as a singer. The song was an instant hit and has been one of the best-selling singles of all time.

The latest video of Kylie would surely impress Indian singer-actor Diljit Dosanjh who for the longest time has been a huge fan of the star. He was so fond of her that he has been posting in Punjabi on her Instagram page.