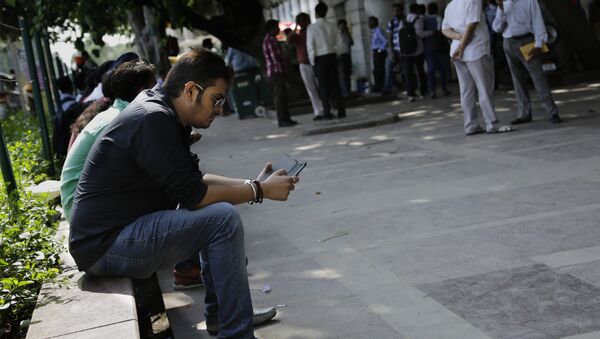 New Delhi (Sputnik): In a bid to make government services electronically available to the citizens of India, Prime Minister Narendra Modi launched the “Digital India” initiative back in 2015. The initiative, coupled with wider internet connectivity has helped over 560 million Indians to enter a digital lifestyle.

The central bank of India, Reserve Bank of India (RBI) has launched a mobile application to bring visually challenged people into the digital economy. The app named Mobile Aided Note Identifier or MANI helps visually challenged individuals figure out currency denominations. The app does not require internet connectivity to function.

The app, launched by RBI Governor Shaktikanta Das comes with the capability of identifying the value of India’s “Matahtma Gandhi” series of banknotes – both old and new by scanning the front and back of the currency bills using the app. The app can check partially folded notes in ample light conditions as well.

​In addition, “MANI” also supports voice-assistance in Hindi and English language for in-app navigation and control.

Many social media users have welcomed the initiative.

It’s a new beginning in this new year. Hope RBI continues updating itself with changing times and become more progressive and inclusive. Would request RBI to develop an online app for people where by one can intimate on financial fraud and related areas for forensic analysis

Good initiative. It will be great if @RBI can also launch a mobile app to identify fake currency.

​Both, Google Play and Apple’s App Store have listed the app for free download.