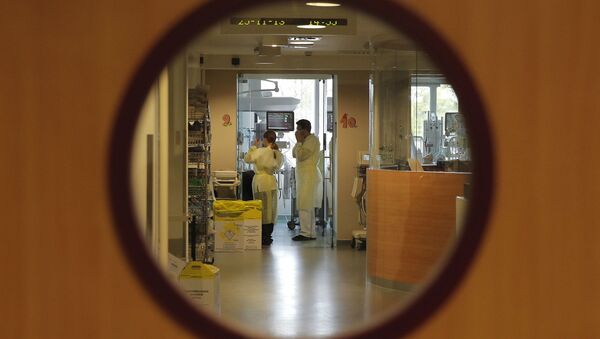 Demond Cureton
All materialsWrite to the author
Fresh speculation on the merits of artificial intelligence have surfaced after Google's health division and several others were found to have detected breast cancer more accurately than human radiologists, according to reports.

Experts from Google Health, as well as DeepMind, part of Google's parent company Alphabet, and academics across the UK and US found that artificial intelligences lowered the number of false positives in tests, new research showed.

False negatives, where the disease went undiagnosed despite being present, were also curbed, a paper from the scientific journal Nature revealed on Tuesday.

The news comes as roughly one in five breast cancers remains undetected, despite mammagram screenings, research from the American Cancer Society showed.

Over 50 percent of women receive false positive tests every 10 years, costing US healthcare over $4bn each year, a 2015 study from the Health Affairs journal said.

Dr King, a former breast cancer surgeon, stated that Google had launched the study after senior radiologists found that UK cancer screening services were unsustainable, with the UK Royal College of Radiologists estimating that more than 1,000 further full-time diagnostic radiologists would be needed to meet the country's demand.

Mustafa Suleyman, former head of the health team at DeepMind, said he hoped that AI could gain approval from regulators to boost support to clinicians.

He said: “It could be a second opinion, giving a nudge or a recommendation here and there to spend more time looking at this scan, or to flag examples where cases get missed.

Kheiron's chief medical officer, Dr Christopher Austin said in 2018 that such algorithms could address "workforce shortages" across the UK and Europe by leading in adopting AI.

The news comes as UK prime minister Boris Johnson announced in August, shortly after assuming office following former PM Theresa May's resignation, that his cabinet would launch the NHS X, an AI lab aimed at helping doctors diagnose and detect diseases such as Alzeimer's, cancer, and others.

The project will cost roughly £250m and aims to free up staff care for patients amid shortages in staff and resources across the NHS. UK health secretary Matt Hancock said at the time that the UK was "on the cusp of a huge health tech revolution" and that such programmes would work to help "make the NHS the best it can be".