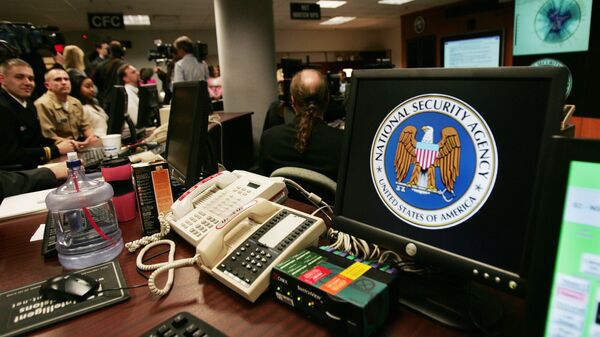 The document's authors made several spot-on predictions about the political situation in the United States and the world, the decline of international organisations such as the United Nations and in part predicted the emergence of Daesh*.

An uncovered 2004 memo by the US National Intelligence Council titled “Mapping the Global Future” showed some cryptic predictions of what today’s world would look like. The authors of the document noted that the international order was in the "midst of profound change" with the United States facing new challenges.

"At no time since the formation of the Western alliance system in 1949 have the shape and nature of international alignments been in such a state of flux", the memo states.

Although the memo's authors made several incorrect forecasts like the establishment of a Palestinian state, Russia’s internal problems limiting the extent to which the country can become a global power, a clash between China and the United States over Taiwan, which Beijing considers a breakaway province that would eventually become part of the country at some point, several predictions were so accurate that it would make your hair stand on end when reading them.

The forecast tells about the worsening of US ties with Europe and says European states would prefer the EU over NATO. In recent years historical allies have distanced themselves from Washington due to disagreements on trade and other keys areas of cooperation.
At the same time, the authors stress that it would be more challenging for the United States to deal with Europe’s alliance with Asia. "For example, an EU-China alliance, though still unlikely, is no longer unthinkable", said the memo.

The Idea of America First

The forecast details a fictitious scenario about a fictitious United Nations Secretary General writing in her diary that Americans are getting tired of the country playing the world’s policeman, shouldering the burden of its allies. The official notes that she is struggling to keep the UN headquarters in New York because among other things America Firster groups are calling for the UN’s removal. The idea of US exceptionalism is not new and has been actively promoted by various Republican presidents throughout the country’s history.

Competition Between the United States and China

Although the authors of the document didn’t envision the war of tariffs that is going on now between Beijing and Washington they were right in their assessment of ties or rather tensions between the two countries. "Rising nationalism in China and fears in the US of China as an emerging strategic competitor could fuel an increasingly antagonistic relationship", the memo said.

The memo predicted that Washington’s global influence would diminish as other powers emerge although the document notes that the United States would remain "the most important single country across all dimensions of power". Experts say Washington's has been losing its clout as China and Russia compete in numerous spheres. Ironically, back in 2004 this scenario was considered radical.

Experts hit the mark with North Korea, predicting that a crisis over the pariah state is "likely to come to a head sometime over the next 15 years". The memo also predicted that Pyongyang and Iran would develop intercontinental ballistic missiles well before 2020 and said that this scenario "would increase the potential cost of any military action by the US against them or their allies".

Although the report's authors did not foresee the emergence of the Daesh terrorist organisation they hit the nail right on the head when they wrote about the spread of radical Islam and a fictitious scenario about the creation of a caliphate. This scenario was seen as radical.

"The spread of radical Islam will have a significant global impact leading to 2020, rallying disparate ethnic and national groups and perhaps even creating an authority that transcends national boundaries. The collective feelings of alienation and estrangement which radical Islam draws upon are unlikely to dissipate until the Muslim world again appears to be more fully integrated into the world economy".