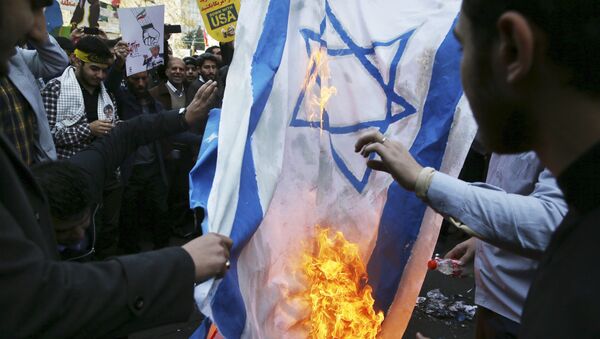 Elizabeth Blade
All materials
The year 2019 was successful for Israel's security agencies, who although didn't manage to prevent the deaths of five Israelis murdered by Palestinian terrorists, did manage to avert multiple terror attacks.

According to the Meir Amit Intelligence and Terrorism Information Centre, a think tank dedicated to the research of terror trends, 2019 saw only 28 "serious" attacks against Israelis, in which people were killed or hurt. But although Palestinian militants' ability to carry out such acts has declined, their motivation hasn't.

"Shin Bet [Israel's internal security agency] says that they - together with the country's other forces - have averted some 450 terror attacks from the beginning of the year, up until November", said Amos Gilad, a former senior defence official, who has filled key positions in Israel's military apparatus, including heading a military intelligence research division and serving as a spokesman for the Israel Defence Forces.

Gilad says today's militants are more difficult to spot and track, but claims Israel's security forces have managed to arrest and jail "big terrorists" thanks to the fact that over the years Israel has managed to develop techniques and technologies that proved to be indispensable when handling terrorism.

"We enjoy unprecedented success. Now we have unique intel capabilities coupled with technology, our deep understanding [of the area and the region] and qualitative coordination with Israel's various security agencies".

But there is another component - tight cooperation with the Palestinian Authority.

In 2015 alone, the PA's security forces arrested a third of the suspected terrorists and is reported to have prevented up to 200 attacks against Israel. More recently, it was reported that Ramallah handed over to Tel Aviv the intelligence information that eventually led to November's assassination of Baha Abu al-Atta, a top commander from the Palestinian Islamic Jihad in Gaza.

Although Gilad dismisses the allegations that the PA's assistance played the main role in Israel's success story, he does admit that the coordination with Ramallah contributed greatly to the country's ability to curb terror. 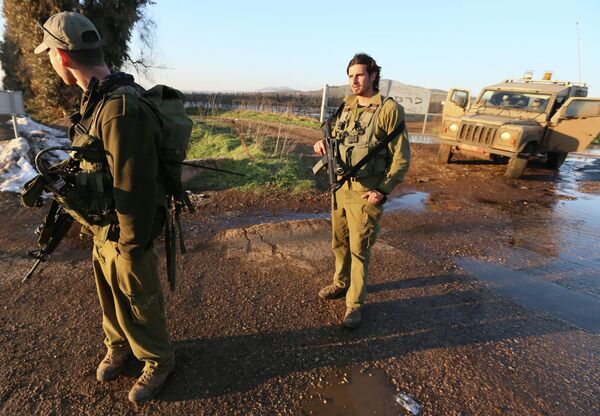 Now, however, this might come to an end. On Sunday, Israel's security cabinet approved a bill proposed by Defence Minister Naftali Bennett that would deduct $45 million from the annual sum of $550 million Israel transfers to the PA as part of the 1994 Paris Agreement.

Israel says that the tax money it collects for the Palestinians - and which is supposed to be used to pay officials' salaries as well as provide Palestinians with social welfare - goes to fund terrorists jailed in Israel for security offences, including the murder of Israelis. Palestinians don't deny these allegations but stress the money is essential to support families that have lost a bread-winner.

"We need to be sensitive to their needs and appreciate their cooperation. Unlike Yasser Arafat [late chairman of the PLO], who supported terror while talking peace to Israel, President Abbas rejects terrorism and we have to appreciate it", Gilad noted, adding that he preferred to encourage the Palestinians, rather than punishing them for their contribution to Israel's security, which has brought about economic prosperity.

Israel has already lost an important ally that helped the Jewish state to combat terrorism - Turkey.

Relations between the two soured following Israel's 2008 Cast Lead Operation that saw more than a thousand Palestinians killed and as a result of Israeli forces' assault on six Turkish vessels bound for Gaza that resulted in the deaths of nine Turkish nationals.

"Terror suspects, arrested by our security forces, admitted that they had Turkish handlers", said Gilad adding that it was unlikely for the Turkish government, which boasts superb intelligence capabilities, not to know about their existence. 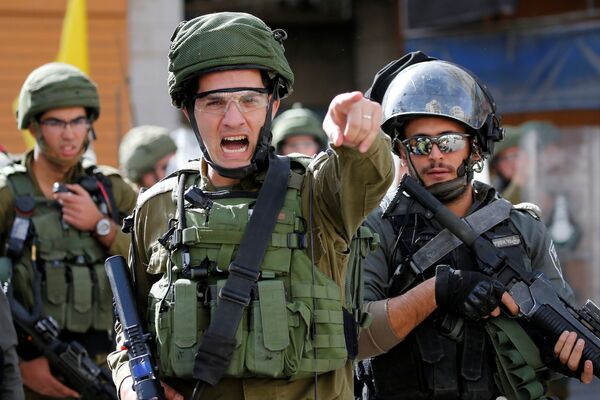 An Israeli soldier shouts during a protest as Palestinians call for a day of rage over U.S. decision on Jewish settlements, in Hebron in the Israeli-occupied West Bank November 26, 2019
© REUTERS / MUSSA ISSA QAWASMA

"If President [Recep Tayyip] Erdogan wanted to stop terror, he would have done so easily. This is very sad that they keep on supporting terror when Turkey itself suffers from an acute security problem", he summed up.

Since the beginning of the so-called knife intifada in 2015, which has been characterized by terror acts planned and executed by individuals, not groups, Palestinian militants have killed 87 Israelis and wounded more than 1500 in 210 stabbings, 239 shootings, and 77 vehicular attacks.