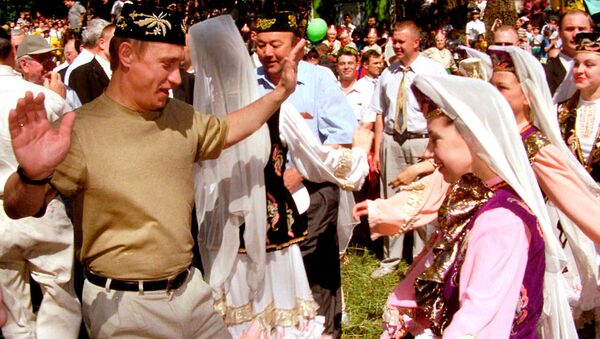 On this day in 1999, Boris Yeltsin announced his resignation as the head of state in a New Year address to the nation and named Vladimir Putin the acting president. Ahead of the 20th anniversary of Putin serving at the helm of Russia, his administration has gathered the visual highlights of his presidency on a special platform.

The Kremlin’s press service has started publishing a vast archive of photos and videos of Vladimir Putin depicting his 20 years at the helm of state - as acting president, president, and prime minister. The materials, some of which have only now seen light for the first time, were uploaded to a digital album called “Putin: 20 Years” (20.kremlin.ru). The photographs and videos, taken by his personal video and photography team, were revealed ahead of the 20th anniversary of his appointment as acting head of state, which happened on 31 December 1999.

The Kremlin noted that this project is not a chronicle or documentary record, as it does not comprise “the fullness of history in which all of the President’s steps, meetings and trips would be reflected", but rather a collection of “memorable moments and the most interesting milestones from the past years”. 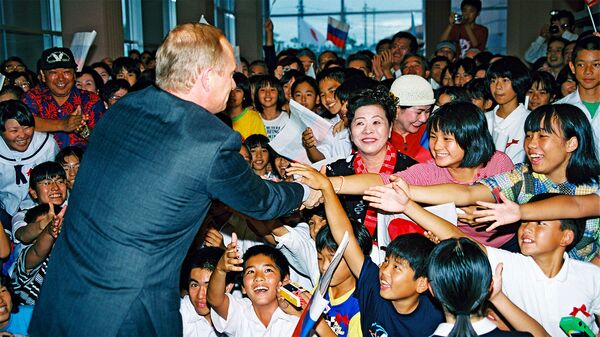 The platform features only four years of his presidency, from 2000 to 2004, which, nevertheless, includes more than 600 photos and 100 videos, and takes as much time as 2.5 hours to watch. 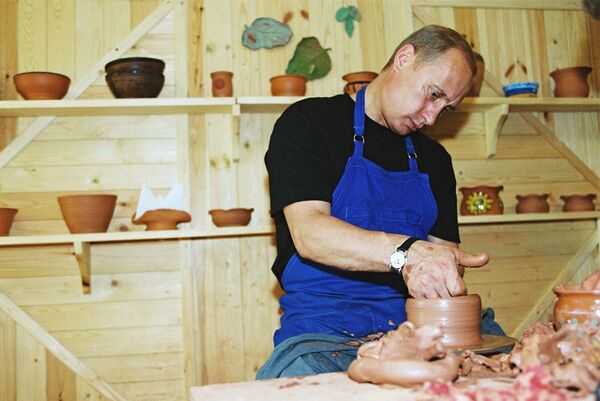 Vladimir Putin in the Russian cultural and ethnographic center in Leningrad region in 2001
© Photo : kremlin.ru

Curious viewers can have a look at his first New Year address as the head of state, piloting a fighter in Chechnya, throwing a rival onto a judo matt, swimming with dolphins, receiving his Labrador Konni, skiing and chilling at the Abzakovo ski resort, or drinking sea water on board a submarine cruiser during a sailor’s initiation ritual involving the sea god Neptune. 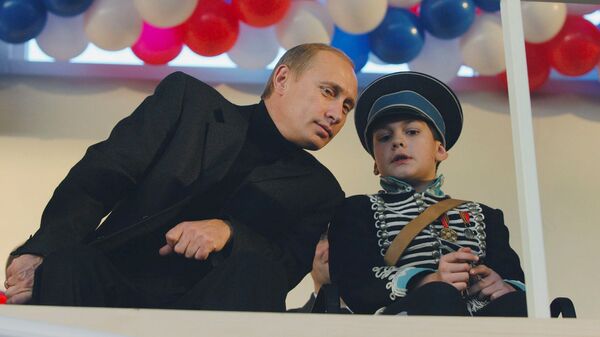 The published highlights also include meeting with the world’s most influential people in politics, economy, and culture, from Pope John Paul II, George Bush, and Tony Bair to Maya Plisetskaya and Alexander Solzhenitsyn. Apart from festive snaps, one can also get a glimpse of Putin’s work during the most tragic events of the time, including a terror attack in Moscow and natural disasters across Russia.

More photos, dating back further, will be added in the coming weeks.