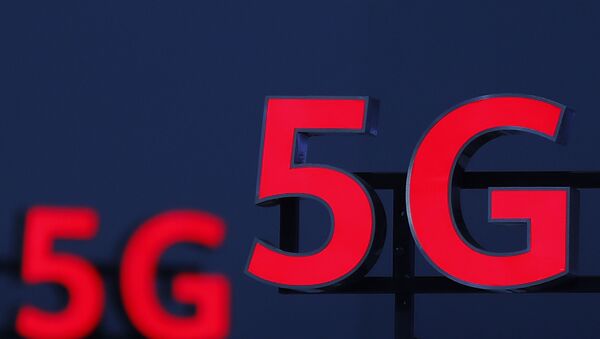 New Delhi (Sputnik): The US government has been urging India not to allow Chinese tech giant Huawei to join 5G service, citing alleged threats posed by the company's activities. A similar position has been taken by the Indian government’s ideological ally in the run up to the 5G trials that are likely to be held early next year.

The objection came as the Indian Telecom Ministry on Monday gave a green light to all telecom firms, including the Chinese tech giant, despite cyber threat concerns raised by the US.

Mahajan’s tweet has so far not elicited a response from the minister.

In a statement released in August this year, the SJM pointed out its own security concerns related to Huawei.

“The Chinese have been caught bugging the African Union headquarters and Huawei has been helping authoritarian African governments spy on their own citizens”, SJM said.

The Indian government has snubbed US concerns about involving Chinese tech giant Huawei in 5G trials, saying on Monday that it will not bar the company from participating in the upcoming trials of next-generation 5G networks.

The Indian Telecom Ministry plans to meet all service providers at the earliest to take forward the 5G trials.

The developments come days after a US State Department official said that Washington was continuing “discussions with India about the security-related concerns we see in a system where there really is no periphery and no centre, and so the security of the entire system is paramount”.

India and the US, in a joint statement issued after a 2+2 ministerial dialogue, recognised the “serious threats posed by malicious cyber actors”.

“The ministers reaffirmed the importance of cyber security cooperation, promoting responsible state behaviour in cyberspace, and supporting open and transparent platforms and technologies that will safeguard privacy and sovereignty as per domestic legal framework, particularly in emerging ICT technologies including 5G networks", it added.

In October, Huawei India head Jay Chen reaffirmed that the tech giant was ready to sign a "no backdoor" agreement with New Delhi to allay security concerns.

The US has on multiple occasions accused Huawei of installing so-called backdoors in its products to assist Beijing in espionage efforts - a claim both the company and the Chinese government have vehemently denied.