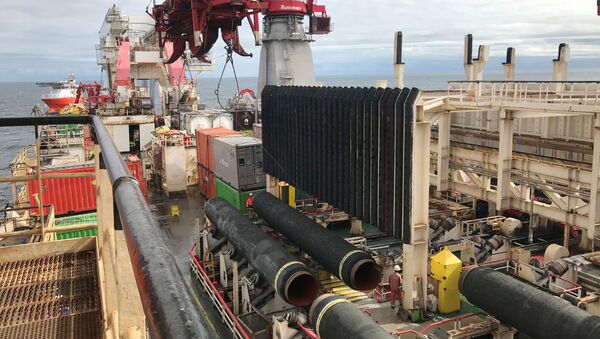 MOSCOW (Sputnik) - Swiss company Allseas said on Monday it had no plans to resume laying pipes for the Nord Stream 2 gas pipeline, which it suspended due to Washington's sanctions, and would instead send the pipe layers to do other job.

"No, Allseas constructor fleet has left the Baltic Sea and has been mobilized for preparations for other work," Allseas said.

Allseas has suspended pipe laying amid threat of US sanctions against the pipeline for carrying Russian gas to Europe, which are envisioned in the US National Defenсe Authorization Act for the 2020 fiscal year.

Last week, US President Donald Trump signed the National Defence Authorization Act for Fiscal Year 2020, which envisages sanctions against Nord Stream 2 among others.

The US Department of the State said on 27 December that the contractors could elude sanctions if they exited the project by 20 January. Meanwhile, Allseas said it had no plans to resume pipe laying operations for completing work by 20 January.

Russia has pledged to complete the construction of the pipeline anyway, with Energy Minister Alexander Novak saying that the country has the necessary capacities.