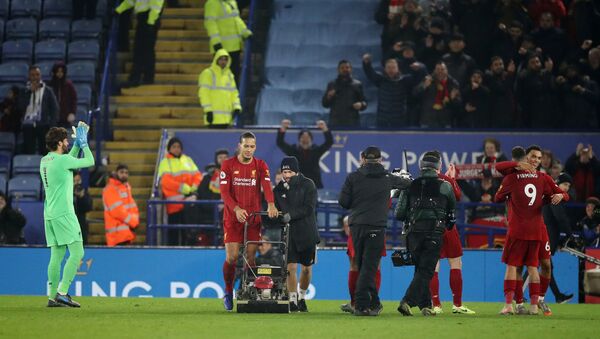 Under the leadership of Jurgen Klopp, Liverpool has not conceded at home to any team for 50 consecutive matches.

On Sunday, Liverpool won 1-0 against Wolverhampton Wanderers at Anfield, marking Klopp’s sides 40 wins and 10 draws for the "Reds".

This is the third longest streak in the history of the championships of England. The second result also belongs to the Merseysiders - 63 matches from 1978 to 1980.

The record holder for the league is London's Chelsea. The “Blues” recorded 83 undefeated home matches from 2004 to 2008.

"As Adama Traoré bulldozed his way across the edge of Liverpool’s penalty area looking for an opportunity to unleash a shot, it was Virgil van Dijk who stretched out a leg to make the crucial block", Paul Joyce writing for The Times highlighted.

"Liverpool have developed into such a formidably ruthless winning machine but in re-establishing their 13-point lead at the top of the Premier League they were dependent on some outside technology", The Telegraph's Jason Burt wrote.

At the moment, the leader in the Premier League standings is Liverpool. The team has 55 points.