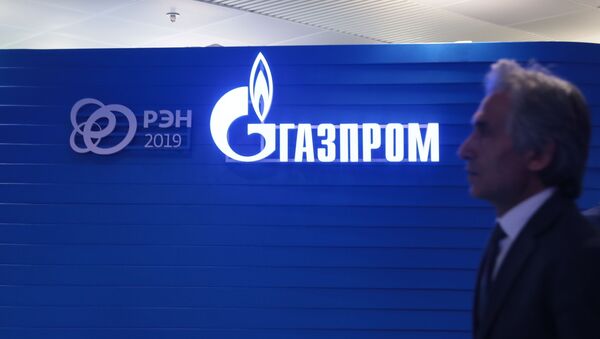 "After five days of continuous bilateral negotiations in Vienna, final decisions and final agreements were reached. At the same time, a whole set of agreements and contracts was signed, and these agreements are really a big package deal that restored the balance of interests of the parties," Miller told reporters.

"Starting from today, these documents become legally binding and ensure the transit of Russian gas through Ukraine after December 31, 2019," he added.

Ukrainian President Volodymyr Zelensky posted on Facebook that Kiev expects to receive at least $7 billion in revenue during the five-year period to which the contract applies.

"Ukraine has signed a gas transit contract for five years, during which we will receive over at least $7 billion. The parties could extend the contract for another ten years. Ukraine's gas transmission system will be loaded, and this is energy security and welfare of the Ukrainians," the president wrote.

Yuriy Vitrenko, executive officer of the Naftogaz Group, said that Gazprom would have to pay for additional volumes of gas in excess of those stipulated in the transit contract.

"Guaranteed volumes are the minimum and not the maximum that we expect. At the same time, additional volumes with more reservation flexibility will be paid at a higher rate," Vitrenko wrote on Facebook.

Vitrenko noted that Ukraine's Naftogaz and Russia's Gazprom signed a gas transit contract based on "pump or pay" principle.

"The fact that we have signed the transit contract based on 'pump or pay' principle for five years is an extraordinary event in such conditions," he wrote.

According to Vitrenko, it is key that the contract was signed based on the European rules.

Reacting to the news, European Commission Vice President Maros Sefcovic praised the signing of the contract.

"My strong appreciation for all the hard work and effort! Building on last week's political deal between #Russia, #Ukraine and the @EU_Commission, the transit contract between respective companies - securing continuous gas flows to Europe as of 1/1/2020 - is now signed and sealed," Sefcovic tweeted.

Russia and Ukraine signed a gas cooperation protocol on 20 December to secure Russian gas transit after the expiration of the current contract. Russia's Gazprom said last week it would settle court disputes with Naftogaz, and anti-monopoly disputes with Kiev by 29 December.

The document also stipulates that Gazprom and Ukrainian Naftogaz consider direct gas supplies to Ukraine at a discounted European hub price, depending on volumes.