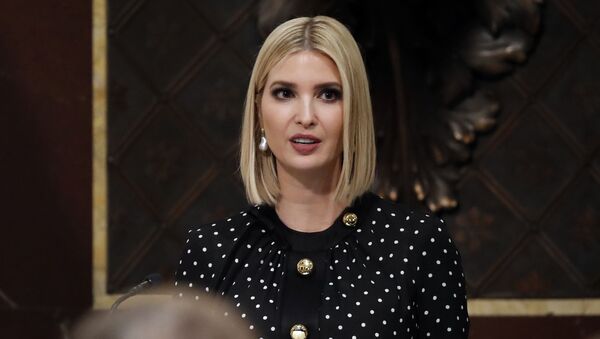 © AP Photo / Alex Brandon
Subscribe
Svetlana Ekimenko
All materialsWrite to the author
Stabbings inside a Rockland County rabbi's home on Hanukkah marked the latest in a string of incidents that have targeted the Jewish community in New York, coming just weeks after a deadly shooting at a kosher grocery market in New Jersey claimed the lives of six people.

Ivanka Trump, senior advisor to US President Donald Trump, has tweeted a message of condolence in the wake of a stabbing attack inside a Rockland County rabbi's home on the seventh day of Hanukkah.

The vicious attack of a rabbi in Monsey, NY last night was an act of pure evil.

As we pray for the victims, may the candles of Chanukah burn bright through this darkness.

The anti-Semitic attack in Monsey, New York, on the 7th night of Hanukkah last night is horrific. We must all come together to fight, confront, and eradicate the evil scourge of anti-Semitism. Melania and I wish the victims a quick and full recovery.

​A knife-wielding attacker stabbed five people during a Hanukkah celebration in the New York City suburb of Monsey on Saturday, 28 December, in the home of Hasidic Rabbi Chaim Rottenberg.

Police are said to have received reports of a stabbing just before 10 p.m., with witnesses describing the weapon as a large knife or machete, reported USA Today.

Two victims of the incident were said to be in critical condition. It was added one of them was reportedly stabbed six times.

Police arrested a suspect in Manhattan within hours of the attack. Grafton E. Thomas, 37, reportedly had traces of blood on his clothing and smelled of bleach, according to prosecutors.

The suspect was arraigned on Sunday and pleaded not guilty to five counts of attempted murder and one count of burglary.
Bail was set at $5 million and he remains jailed.

Condemning at least the 13th such incident of anti-Semitism in the state in the past few weeks, he said:

"This is an intolerant time in this country. We see anger and we see hatred exploding. It is an American cancer in the body politic".

I am disgusted to learn of the attack on three members of our Jewish community in Brooklyn on Friday—the 6th anti-Semitic incident in NYC just this week.

The cowards responsible are trying to spread fear, but they will always fail. NY stands united against anti-Semitism & hate.

We will NOT allow this to become the new normal. We’ll use every tool we have to stop these attacks once and for all. The NYPD has deployed a visible and growing presence around Jewish houses of worship on the streets in communities like Williamsburg, Crown Heights and Boro Park.

​He also announced he would be increasing security to augment measures taken following the attack.

The stabbing was the latest in a string of assaults apparently targeting Jews in the area and came just weeks after a deadly massacre occurred at a kosher grocery market in New Jersey.

The 10 December shooting attack left six people dead: the two killers, a police officer and three people who had been inside the store.
Over the past two years, the US has witnessed a surge of deadly shootings in synagogues.

On 27 October 2018, a gunman later identified as Robert Bowers went on a shooting rampage at the Tree of Life Synagogue in Pittsburgh, Pennsylvania, killing 11 congregants and wounding 6 more, while shouting "all Jews must die" throughout the attack.

Following a shootout with police, the attacker was shot and detained. 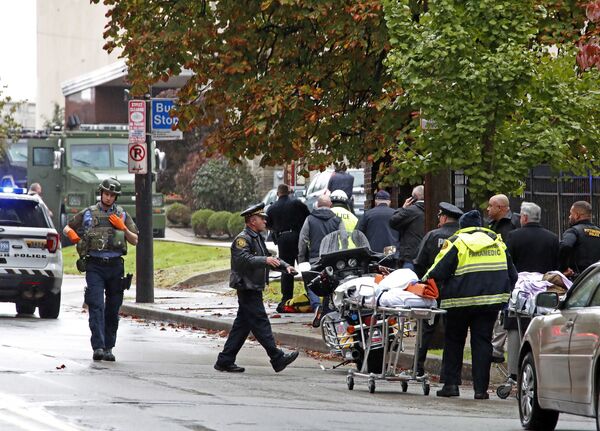 Several months later, on 27 April 2019 - the last day of Passover, 19-year-old John Earnest opened fire at the Chabad Synagogue in Poway, California, killing one person and injuring three others. The shooter, believed to have been motivated by the Pittsburgh attack, was later arrested.