Scientists Closer to Solution of 'Oldest Open Question in Astrophysics' 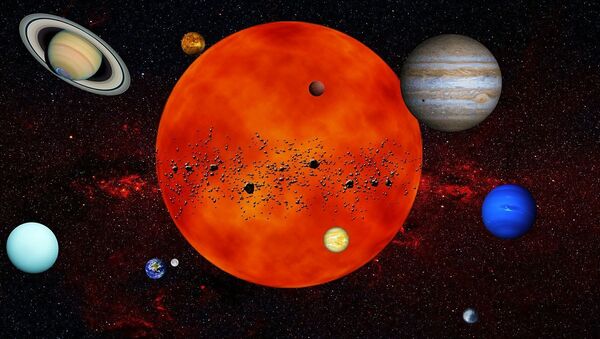 Researchers have said they have a statistical solution for Newton's three-body problem – that is, the problem of figuring out how three similar objects or bodies are going to travel in space in a way that fits in with the laws of motion and gravity.

A recent study, published in the journal Nature, has gotten closer to the solution than most by finding a statistical formula that fits this open question in certain scenarios. The three-body problem, described in the study as "arguably the oldest open question in astrophysics," dates back centuries and deals with Newton’s laws. The laws of motion have helped scientists understand the relationships between a body of mass and the forces that act on it, like the forces acting on a planet orbiting the sun. However, trying to understand the relationships between the body of mass and the forces that act when applied for three bodies — a moon orbiting a planet orbiting a sun, for example — leads to difficulties as the equations related to mass and motion do not compute.

Scientists from the Hebrew University of Jerusalem have suggested that in an unstable, chaotic three-body system, one of those bodies eventually gets expelled, leaving behind a stable binary relationship between the two that are left.

"When we compared our predictions to computer-generated models of their actual movements, we found a high degree of accuracy," says astrophysicist Nicholas Stone, one of the researchers.

“Take three black holes that are orbiting one another,” Stone said. “Their orbits will necessarily become unstable and even after one of them gets kicked out, we’re still very interested in the relationship between the surviving black holes.”