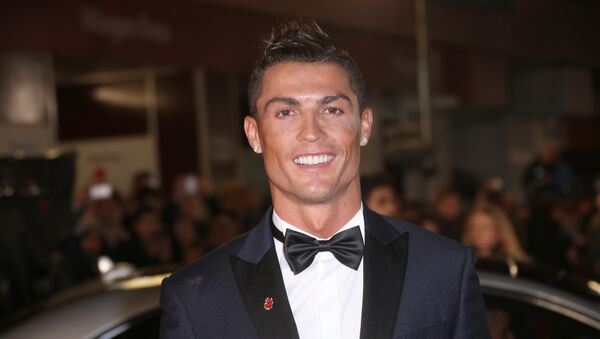 Svetlana Ekimenko
All materialsWrite to the author
Juventus forward Cristiano Ronaldo was earlier announced as guest speaker at the Dubai International Sports Conference on 28 December, which took place under the theme “Football Future Accelerators”.

Football megastar Cristiano Ronaldo has admitted he would like to try acting when he eventually hangs up his boots.
Speaking at the Dubai Sports Conference on Saturday, Ronaldo said:

“When I quit football I would like to resume my studies. I focus a lot on studying, on learning, because unfortunately the studies I have done can't give answer all the questions I have in mind".

At this point, the five-time Ballon d’Or winner added: “One thing that fascinates me is to want to try acting in a film".

Brushing aside any possible speculations that he might be mulling retirement, the athlete promised to “listen to his body” to decide the right time to call it a day.

“I have never had a bad season in my life, since I am always ready to face challenges", he said in Dubai, where he had been invited as a headliner for the Dubai International Sports Conference under the theme “Football Future Accelerators”.

“I always play with the intention of winning. The moment my body no longer responds in the right way on the pitch, then it will be time for me to stop. Many years ago the ideal age to retire was 30 or 32, now you still see players aged 40.”

Teaching @DjokerNole how to jump!!😅🤪💪🏽 Was a pleasure to see you and train with you my friend!! pic.twitter.com/GgMr9rAUEf

​The Juventus forward is no stranger to the limelight and has successfully balanced his football career alongside advertisements and commercial responsibilities.

🔝 @Cristiano heads up Instagram's most valuable list for 2019 💸 pic.twitter.com/ZgemIlSanf

​One of the most recognisable players in the world, the football star has also featured as a model in a number of photoshoots. Judging from the interview, it would appear the 34-year-old former Manchester United star is not stopping there.

Cristiano Ronaldo, a five-time Ballon d’Or winner, arrived in Dubai for the Globe Soccer Awards, where he has been nominated for Best Men’s Player.

​Cristiano Ronaldo has been awarded the Globe Soccer Award ten times, five of which was for Player of the Year.

His perceived career rival, forward and captain of the Spanish club Barcelona and the Argentina national team, Lionel Messi, will be hoping to dethrone Cristiano Ronaldo this time, after both were named among the nominees for the Best Men's Player for 2019. 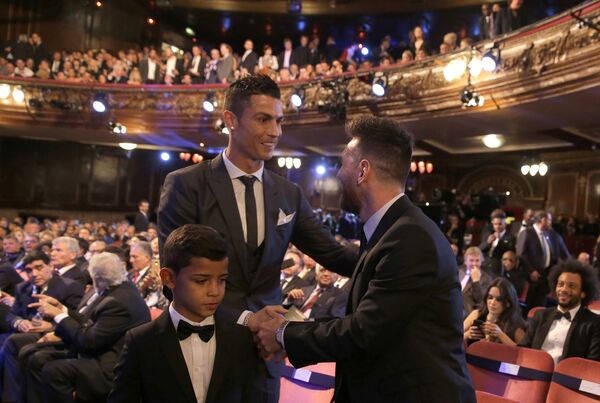 Virgil van Dijk and Liverpool teammates Alisson, Sadio Mane, and Mohamed Salah are also up for the annual honour, which is to be presented in Dubai on 29 December.