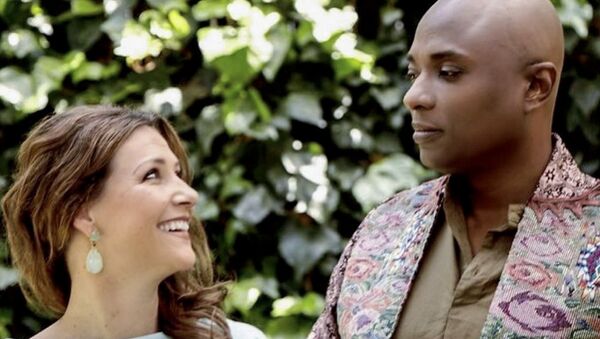 © Photo : princessmarthalouise/instagram
Subscribe
While some social media users went on to criticize the self-proclaimed shaman’s alleged inappropriate remark, at least one netizen expressed their doubts about whether the comment was made before or after the princess’ former spouse’s suicide.

Durek Verrett, the bisexual boyfriend of Princess Martha Louise of Norway, has recently come under fire for allegedly making a flirtatious remark on a social media post by a Women’s Sportswear model only a day after the royal’s ex-husband committed suicide, the Daily Mail reports.

According to the newspaper, Durek, who styles himself as a shaman, commented on the model’s Instagram post, which depicted the lady clad in a bikini, standing near a pool at five-star Intercontinental Hotel in Phu Quoc, Vietnam.

“I'm so proud of all the love you put into having the body that makes you feel powerful. Miss you love you dear friend. You are on fire these days. It's better I say it that way because some people don't understand that the only women for me is my goddess @iam_marthalouise”, he reportedly wrote. “They also don't understand our Californian way of talk and that we have been friend close friends for 10 yrs or more.”

Though the comment has apparently since being deleted, the post witnessed an influx of Norwegian-speaking social media users who berated Durek.

“Ari was our shining star. One of the greatest. Durek can never compare to what Ari was for us”, one user wrote.

“I have a screenshot of the very first comment he posted. 'That body' and I love you. I would say in all modesty that man is a shame to himself!” added another.

One netizen, however, appeared uncertain about the timing of Durek’s comment.

“In fact, I THINK the first comment from @shamandurek was written right after this photo was posted on Instagram, i.e. 4 days ago. Two days before Ari Behn died,” they noted.

Ari Behn, a Norwegian author and painter who was married to Princess Martha Louise of Norway and who fathered their three children, apparently committed suicide on Christmas Day, 2019.

000000
Popular comments
There is nothing "royal" about this Scandinavian b*t*h!