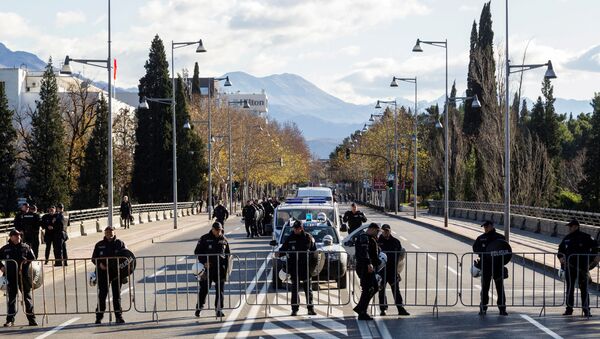 On Friday, the Montenegrin parliament adopted a controversial religious bill proposed by the ruling Democratic Party of Socialists of Montenegro. During the parliamentary discussions, clashed erupted between members of the Democratic Front and representatives of the ruling party, after which all 18 opposition lawmakers were detained. Lawmakers Andrija Mandic and Milun Zogovic have been jailed for 72 hours.

“Mandic and Zogovic declared a hunger strike until the end of abuses staged by the members of the ruling Democratic Party of Socialists and the prosecutor’s office,” a senior member of the Democratic Front, Slaven Radulovic, said on late Friday.

The controversial bill proposes turning all religious buildings owned by the Kingdom of Montenegro – before it was incorporated into the Kingdom of Yugoslavia in 1918 – public property.