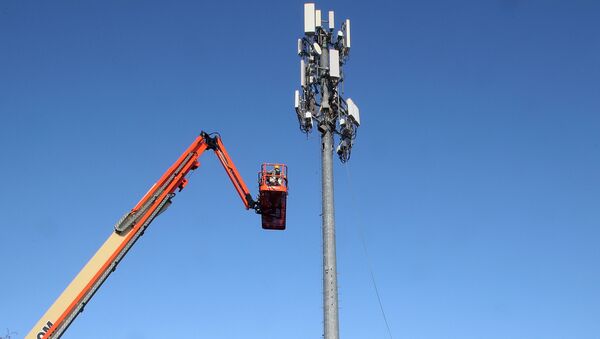 Oleg Burunov
All materialsWrite to the author
Earlier in December, the US Federal Communications Commission chair Ajit Pai blamed NASA and the National Oceanic and Atmospheric Administration for making “exaggerated and unverified last-minute assertions” regarding 5G's impact on forecasting.

US meteorologists told lawmakers earlier this month that next-generation 5G networks may disrupt accurate weather forecasting, in a warning that comes amid an ongoing dispute on the matter between science agencies and the government.

BuzzFeed cited a recent letter by members of the US House Science Committee as saying that they were deeply concerned over “the potential for degradation of our nation's weather forecasts”.

“Earth-observing satellites are critically important for protecting the lives and property of the American people from severe weather”, the letter underlined.

The document followed National Oceanic and Atmospheric Administration (NOAA) acting administrator Neil Jacobs stating in an address to Congress that 5G interference would “set US weather forecasting back to somewhere around 1980”.

He responded to a decision by delegates of the World Radiocommunication Conference in Egypt, who agreed last month to create a new international standard with looser limits on 5G weather forecasting interference.

Earlier, Tony McNally of the European Centre for Medium-Range Weather Forecasts insisted that the problem will not only affect the US.

"The way 5G is being introduced could seriously compromise our ability to forecast major storms. In the end it could make the difference between life and death. We are very concerned about this,” he underscored in an interview with The Guardian.

He spoke after the Federal Communications Commission (FCC) auctioned off airwaves with 24-gigahertz radio frequencies to cellular network providers in a bid to expand 5G coverage across the US.

These frequencies, which are used in cellphone antennas to transmit 5G signals, are dangerously close to the 23.8-gigahertz frequency, which helps water vapour molecules vibrate in the atmosphere, something that is in turn essential to forecasting.

In the long run, all this may ride roughshod over satellites’ operation and feed inaccurate information to the weather centres responsible for releasing updates on forecasts and making it public.

He was echoed by supporters of the US’ 5G rollout who pointed to the fact that the airwaves auction had brought almost $2 billion to state coffers.