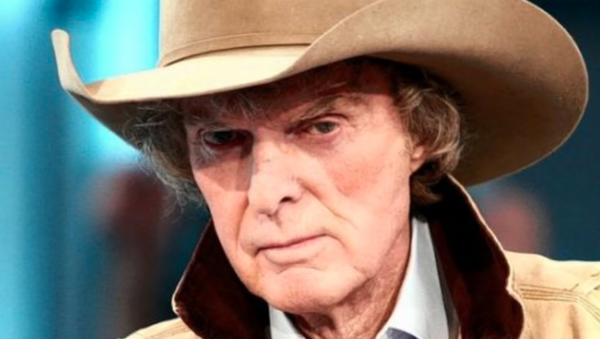 © YouTube/Rick Roosa
Subscribe
Radio personality Don Imus has passed away at the age of 79 after his recent hospitalization on Christmas Eve, according to a family statement.

Though no cause of death was given, a statement released by the Imus family noted that the 79-year-old was hospitalized on December 24.

"The family will hold a small, private service in the coming days and request that any donations be made to the Imus Ranch Foundation, which continues to provide resources to other outstanding charities which support families of children suffering from cancer and other illnesses during their time of need," the family statement issued December 27 read.

The controversial radio host remained on the airwaves until he retired in March 2018, but received backlash and had his program canceled by CBS Radio in 2007 after he called members of the Rutgers women basketball team "nappy-headed hoes."

"In our meetings with concerned groups, there has been much discussion of the effect language like this has on our young people, particularly young women of color trying to make their way in this society," then-CBS President and CEO Leslie Moonves said following Imus' termination, as reported by The Hollywood Reporter. Moonves has since left the company following sexual misconduct and assault allegations made by several female employees.

NPR reported that advertisers also pulled out of Imus' show and MSNBC scrapped their simulcast of the program over his sexist and racist comments. Imus later apologized following national outrage and was forgiven by members of the basketball team in question.