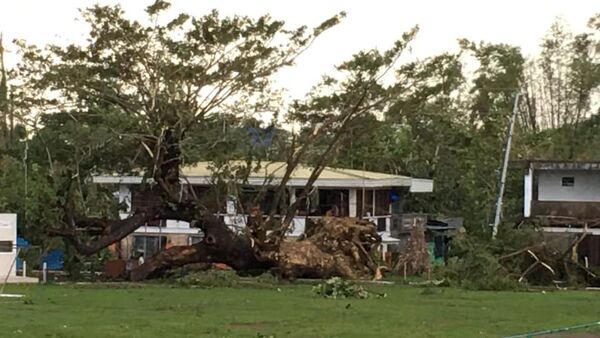 On Wednesday, the powerful typhoon Phanfone swept across the central part of the country, with some 185,000 local citizens evacuated and over 2,000 buildings destroyed.

The calamity's death toll has risen to 28 and they expect that the number will grow, local authorities said, as quoted by the AFP news agency.

"The likelihood is present that the casualty count will still increase. We're hoping against it", national disaster agency spokesman Mark Timbal said.

He added that at least 12 people were still missing.

Several people drowned, one was electrocuted by a toppled post and another was struck to death by a fallen tree.

"People did not expect that the storm would be that devastating", Mark Timbal said.

Authorities have indicated that gusts of wind reached 200 kilometres (124 miles) per hour when it hit the eastern Samar province.

⚡ 'Christmas Typhoon' leaves trail of destruction in the Philippines

Tacloban City was among the most affected by Typhoon #Phanfone (aka: #UrsulaPH) following its landfall on Christmas Eve https://t.co/SoZeShLhBT #ChristmasDay2019 #ClimateCrisis

On Thursday, local disaster officials said that the bodies of 16 people had been found after the typhoon hit the Philippines' Eastern Visayas region.

On 3 December, more than 225,000 locals were evacuated as another powerful typhoon, Kammuri, ravaged Luzon and Mindoro islands.