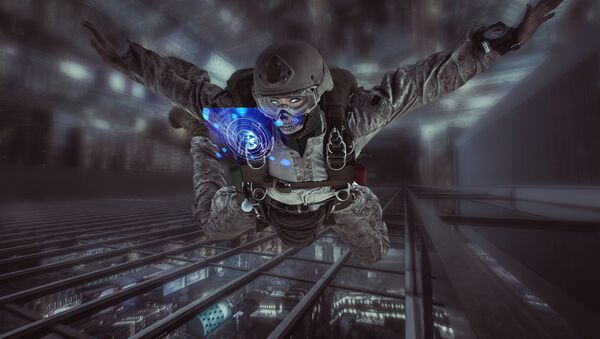 The US military cyber officials are reportedly planning to target sensitive data of Russian political elites, though not that of President Vladimir Putin, as a strong signal to the country's decision-makers. Western cyber specialists have explained what the new tactics is about and what fruits it could bear.

The US Cyber Command is developing new cyber warfare tactics that could be used against senior Russian officials in the event that Moscow attempts to interfere in the 2020 presidential race, The Washington Post reported Thursday, citing unnamed US officials.

Last year, the Trump administration eased restrictions on the use of cyber-operations by the US military and kicked off the international Cyber Deterrence Initiative, aimed at thwarting alleged "malicious cyber activities" by China, Russia, Iran and North Korea within the framework of its National Cyber Strategy 2018.

"Any attempt to influence the internal politics of a state is considered by governments as a threat to its sovereignty and potentially exposes the population to severe risks," opines Pierluigi Paganini, the chief technology officer at CSE and a member of Italy's ENISA Threat Landscape Stakeholder Group. "For this reason, states are committed in punishing any interference. Almost every government, including the US one is preparing their cyber military to prevent such kind of operations and in some cases to hack back the attackers."

Paganini outlines the two main objectives of the US cyber army:

• First, to improve its cyber capabilities to detect the sign of interference at an early stage and rapidly neutralise them.

• Second, to develop a new generation of cyber weapons that could be used in surgical operations against specific targets as deterrence.

The US Cyber Command's Russia pivot has not come out of the blue: Washington has been speculating about alleged Russian meddling in the US elections since 2016.

In July 2018, Special Counsel Robert Mueller, who had been at that time conducting an investigation into the supposed collusion between the Trump campaign and Moscow, issued an indictment of 12 Russian individuals, charging them with the supposed hacking of the Democratic National Committee (DNC) amid the Hillary Clinton presidential run. For their part, the US Veteran Intelligence Professionals for Sanity (VIPS) insist that the DNC server had never been "hacked" and the leak of highly sensitive information was an "inside job".

Although the Mueller inquiry found no links between the Russians and Trump aides, it nevertheless accused the Kremlin of interfering in the 2016 vote. Moscow has repeatedly rejected the allegations, referring to the absurdity of the claim and obvious lack of evidence.

While Washington is crying the wolf about the alleged threat posed by Russia, it is the US which has repeatedly conducted large-scale covert cyber operations against its adversaries, says Choong-Fook Fong - CEO of LGMS, an Asian security service firm specialising in computer crime investigation.

Fong draws attention to Operation Olympic Games, a covert and still unacknowledged cyber mission presumably conducted by the American and Israeli secret services along with operatives from the Netherlands, Germany, France and the UK.

The alleged joint intelligence operation resulted in the installation of Stuxnet malware at the Natanz nuclear plant in 2007, which sabotaged the work of the Iranian centrifuges through 2010, until it was discovered by Tehran.

"State sponsored cyber espionage is not something new," the security expert says. "The Stuxnet worm has demonstrated how a cyber-attack can be an effective attack vector for military objectives".

At the same time, one should bear in mind the 2017 Cambridge Analytica scandal, Fong points out, referring to the British political consulting firm that harvested the personal data of Facebook users from 2014. The firms gained access to over 87 million profiles on Facebook for political targeting, including pro-Donald Trump campaign ads in the 2016 US presidential race.

"Washington by now would have realised that it has far much greater concerns over domestic cyber and online social attacks instead foreign power interventions," the cyber specialist presumes, adding that elections remain an attractive target for both domestic and foreign actors.

However, Fong does not rule out that the US is just "fabricating an imaginary enemy by using cyber-attacks as a fear factor to cast influence over its domestic politic sentiment".

Why Cyber Conflict At National Levels is Fraught With Risks

For his part, Daniel Wagner, the CEO of Country Risk Solutions (CRS), a cross-border risk management consulting firm, and author of Virtual Terrorism: 21st Century Cyber Warfare believes that the 2020 elections will showcase how cyber warfare has become normalised in the electoral process.

"It is now not uncommon for incumbents, challengers, and third parties to participate in the production of fake news, AI-generated text and imagery, and hacking of their opponents' websites and emails. It is already difficult to decipher between what is fact and fiction," he highlights.

According to him, "the violation of the principle of noncombatant immunity, wherein completely innocent individuals may get caught up in acts intended to influence the outcome of elections" has become the centrepiece of the modern cyber warfare.

"This does more than undermine voter morale, public trust, and governability – it attacks the foundations of everyday life in the process. The average voter already has little ability to tell what a candidate really did or said," Wagner suggests.

Commenting on new cyber warfare tactics being presumably developed by the US Cyber Command, he warns that if the US and Russia – two worthy adversaries – get involved in a potential cyber standoff it could "can skirt the edges of the unknown".

"That is the real danger of an escalation engagement at the national level – neither side may know when, or be inclined, to stop with potential ongoing ramifications on a range of levels and for an indeterminate period of time," the author underscores.