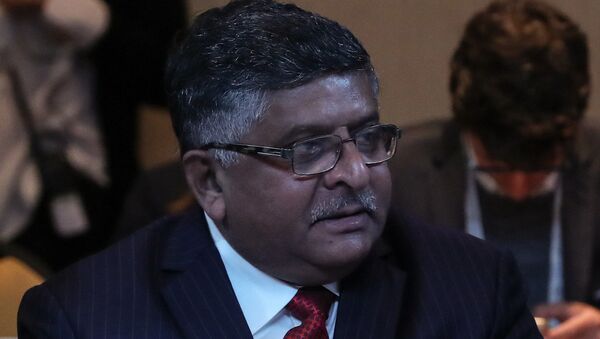 New Delhi (Sputnik): The growing adoption of the government’s “Digital India” initiative coupled with the increasing penetration of internet has resulted in a burgeoning tech-savvy population of over 560 million in India.

In his tweet, Prasad preached how e-signs are safer and more authentic.

While some appreciated the idea of implementing e-signatures across India, others advised the minister to first try and implement the experiment at the government office level.

​Prasad’s stance on e-signatures comes just days after the minister announced that WiFi services would be provided to remote villages in India free of charge until March 2020. The minister also said all common service centres (CSCs) would now be allowed to offer banking services.

Driven by the “Digital India” initiative, the number of CSCs for delivery of online services has increased in India from about 60,000 in 2014 to 360,000 currently.

The “Digital India” initiative was launched back in 2015 to ensure the Government's services were made available to citizens electronically through improved online infrastructure to make India a digitally literate country.