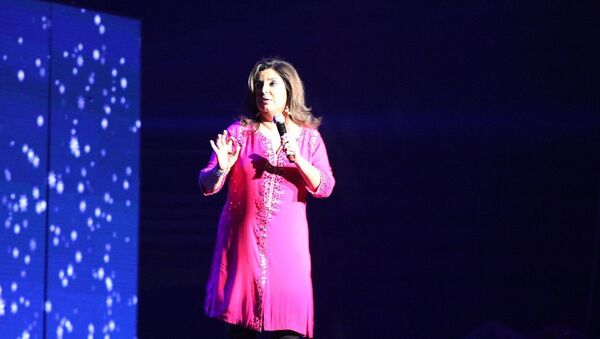 New Delhi (Sputnik): The Punjab Police on Thursday booked Bollywood director-choreographer Farah Khan, actress Raveena Tandon, and ace comedian Bharti Singh for allegedly commenting on Jesus Christ on a television show, according to senior police officer Sohan Singh. The have been booked under various section of the Indian Penal Code.

Farah Khan, who was one of the hosts of Flipkart Video Original's quiz show "Backbenchers", took to Twitter to apologise for hurting Christians' “religious sentiments”, adding she respects all religions.

She said that she is extremely saddened that some were offended by a recent episode of her show.

I’m extremely saddened that some sentiments have been inadvertently hurt by a recent episode of my show. I respect all religions, n it would never be my intention 2disrespect any.On behalf of the entire team, Raveena Tandon, Bharti Singh and Myself.. we do sincerely apologise.

The trio has been booked under Section 295A of the Indian Penal Code (IPC) which pertains to “malicious acts intended to outrage religious feelings by insulting religion or religious beliefs”.

Also a case was registered on Wednesday on the basis of a complaint filed by Sonu Jafar, Christian Front president Ajnala Block, along with video footage of the show aired on Christmas eve.

Before Farah Khan, actress Raveena also posted an apology on social media on Thursday saying she never intended to insult any religion.

Please do watch this link. I haven't said a word that can be interpreted as an insult to any religion. The three of us (Farah Khan, Bharti Singh and I) never intended to offend anyone, but in case we did, my most sincere apologies to those who were hurt. https://t.co/tT2IONqdKI

​The actress also shared a video of the episode. However, it was later removed by her.