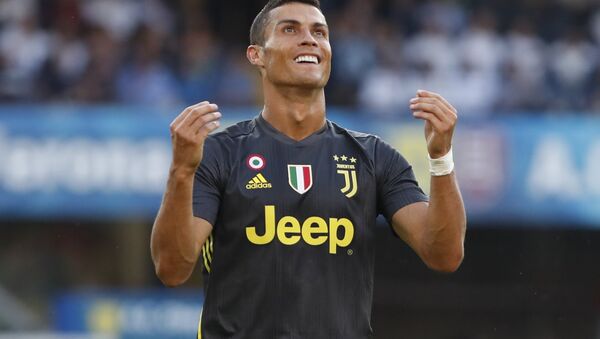 The superstar’s best season was in 2013 when the Portuguese netted 69 goals for Real Madrid and Portugal. Ironically this impressive number of goals was still not enough to beat Real’s arch-rival Barcelona and claim gold medals.

When it comes to trophies, this decade was incredibly generous towards Cristiano Ronaldo, who won the second most prestigious trophy in football – Champions League – four times, but his scoring numbers keep falling with the 2019 being the worst (it feels weird to use this word speaking about Ronaldo) goal-scoring year. In 2019 the Portuguese netted only 39 goals for Italian champions Juventus and his national team.

In addition to the Champions League, this decade the Portuguese won two La Liga titles with Real Madrid, Serie A with Juventus and was victorious in international competition – 2016 Euro Cup and UEFA Nations League – something that his football "nemesis" Lionel Messi can’t boast about as he failed to claim major trophies in the international arena.

But despite the enormous amount of trophies, Ronaldo’s stats deteriorate every year. He scored 61 goals in 2014, 57 in 2015, followed by 55 in 2016, 53 in 2017, 49 in 2018 and 39 this year. That said, even this year’s figure seems amazing if we take into account that Ronaldo is 34-years-old and compare his performance with other football stars that are about the same age.
Former Manchester United star Wayne Rooney scored 13 goals this year for DC United , while Barcelona’s Luis Suarez netted 34 goals.

The news about Ronaldo’s "annus horribilis" has so far received mixed reaction from social media users, with some blaming it on his age and the absence of his colleagues from Real Madrid like midfielder Luka Modric, who won the Ballon d’Or in 2018.

No Modric no party

Others contend that the Portuguese is still one of the greatest football players.

​Who are the top scorers?

Bayern’s Munich forward Robert Lewandowski has been the most prolific marksman, scoring 54 times for the club and Poland’s national team. Second place went to Ronaldo’s "nemesis" and another football GOAT – greatest of all time – Lionel Messi, who netted 50 goals. The third was France’s Kylian Mbappe, who plays for Paris Saint-German, the 21-year-old hit the target 44 times.