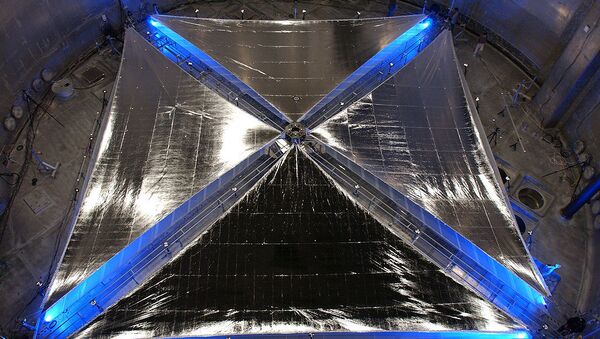 Tim Korso
All materialsWrite to the author
"Light sail" technology was presented back in 2016 by late Professor Stephen Hawking and Russian billionaire Yuri Milner, who saw it as a way to reach the nearest solar system to Earth – Proxima Centauri – in a feasible amount of time, while removing the need to stock up on tons of fuel for new spacecraft.

Grover Swartzlander from the Rochester Institute of Technology in New York has come up with a new "light sail" design for the Breakthrough Starshot project, which is dedicated to building a spacecraft able to "sail" through space to distant solar systems using the power of solar rays or Earth-based lasers. His findings were described by the Physics.org website.

Swartzlander's invention potentially solves one of the key issues that would face spacecraft designed to be propelled by powerful lasers, namely that they could veer off a laser ray’s trajectory and thereby lose propulsion. The scientist's new sail is designed in such a way that it deflects an incoming laser beam at an angle, thus creating a sideways force that helps the spacecraft get back on course and stay aligned with the laser beam. 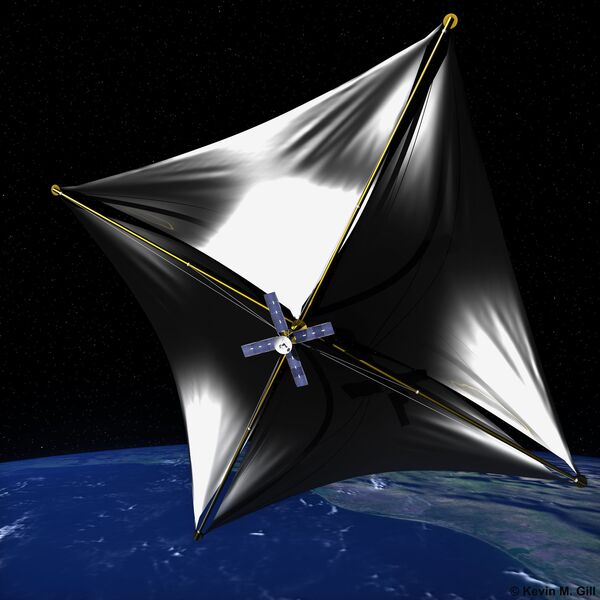 The potential speed of a vessel using such a sail roughly is equivalent to 20% that of the speed of light, or 215 million kilometres per hour, if it it's powered by an array of lasers having a total power of 100 gigawatts. This way, a small spacecraft like the LightSail, which has been used in experiments by The Planetary Society non-profit organisation, would be able to reach the nearest star to Earth, Proxima Centauri, in about 21 years, despite being a daunting 4.244 light-years away from Earth.

Accelerating a spacecraft to such speeds using "light sails" is, however, a more complex task, which might be solved one day.

But some scientists suggest that instead of accelerating spacecraft, it would be possible to make so-called “generation ships” in which humans would live, reproduce, and die until one of the generations finally arrives at the destination.

The "light sails" concept for a new generation of spaceships was promoted in 2016 by the Breakthrough Starshot project, founded and supported by late Professor Stephen Hawking, Russian billionaire Yuri Milner, and Facebook founder Mark Zuckerberg. They initially sought to use solar energy as the source of propulsion, thereby solving the need to stock up on tons of fuel for distant space travels.

The concept has already been successfully tested in several launches conducted separately by NASA as part of the NanoSail-D project and the Japanese space agency (JAXA). It is expected that the first space drones based on this technology will be launched in the 2030s, with the mission intended to closely study distant solar systems.

000000
Popular comments
Small problem. Once you leave the solar system the solar energy is diluted to near zero. Pipe dreams.

Curmudgeon
26 December 2019, 22:03 GMT1
000000
Nice. But the light sail concept has been around much much longer, ... Especially in SF. So the guys mentioned in this article are not the ones who came up with the idea.... And a lot of "technical" details still need to be solved and materials suitable for the practical use invented....