The project was subjected to US sanctions earlier this month, with the Swiss company Allseas suspending its work on laying the pipeline. Both Moscow and Berlin have criticised the US decision, promising to complete and launch the pipeline, which will deliver Russian gas to Europe.

"I will not give you the details. But indeed, there are certain capacities that allow us to hope we will be able to complete the work in the near future", Peskov said.

He also noted that the sooner the project was completed, the better.

Energy Minister Alexander Novak echoed the statement, stressing that if Allseas is unable to complete the project, then Russian companies have the resources to finish laying the pipeline in several months. 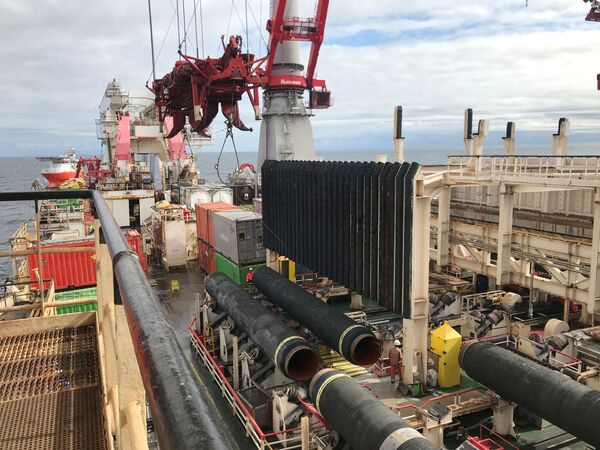 The statement comes briefly after the US sanctioned the project, as, according to Washington, Nord Stream 2 poses a danger to European energy security. At the same time, the US urged European countries to buy American liquefied natural gas (LNG), which is considerably more expensive than Russian pipeline gas.

Both German and Russian authorities defended Nord Stream 2 as a purely economic project, not linked to European politics, promising to address the US' unilateral restrictions. The European Commission also slammed Washington for trying to punish European companies "conducting legitimate business".