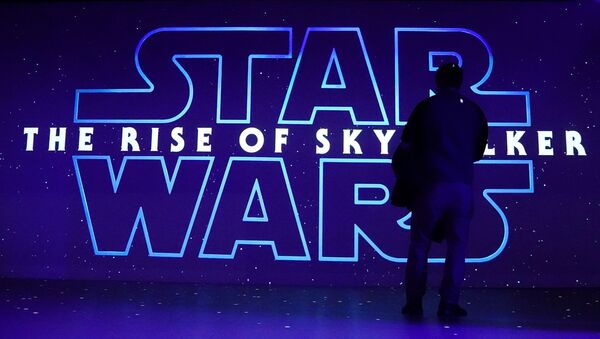 Disney has removed a scene featuring a same-gender kiss from Singapore showings of “Star Wars: The Rise of Skywalker” due to the country’s restrictive laws against members of the LGBTQ community.

In a statement obtained by the Guardian, the country’s media regulatory body, the Infocomm Media Development Authority, confirmed that Disney had removed the scene, claiming that it did so in order to maintain the film’s PG-13 rating. Such a rating means that parental guidance is recommended for children under the age of 13. If the scene had not been removed, the film would have received a more restrictive rating, which would have banned children under 16 from watching it.

The brief kiss between two women was the first appearance of same-gender intimacy in a “Star Wars” film.

“The applicant has omitted a brief scene which under the film classification guidelines would require a higher rating,” an Infocomm Media Development Authority spokesperson said.

Disney has not responded to any requests for comment on the matter. It appears that the scene in question has been cut in some countries and kept in others. According to the BBC, the scene was reportedly shown in China but not in the United Arab Emirates.

In an interview with MovieZine earlier this month, J.J. Abrams - who directed both “The Rise of Skywalker” and the earlier “Star Wars: The Force Awakens” films - responded to criticism over the scene, stating that he viewed it as an opportunity to represent an LGBTQ relationship “without it being heavy-handed or making too loud of a deal.”

“Part of the whole experience was to see a same-sex couple have a moment together that was explicitly saying in this galaxy, everyone is there and is welcome,” he told MovieZine.

In a 2017 interview with the Daily Beast, Abrams also noted that it was “insanely narrow-minded and counterintuitive to say that there wouldn’t be a homosexual character in that world.”

Same-gender marriage is illegal in Singapore. According to the country’s laws, men in homosexual relationships can face imprisonment for up to two years. However, the laws do not specify punishments for women in same-gender relationships.

According to the Institute of Policy Studies, 60% of Singaporeans surveyed in 2018 were against gay marriage. However, last month, Singaporean activists challenged the country’s gay sex ban in court, claiming that the law is unconstitutional.