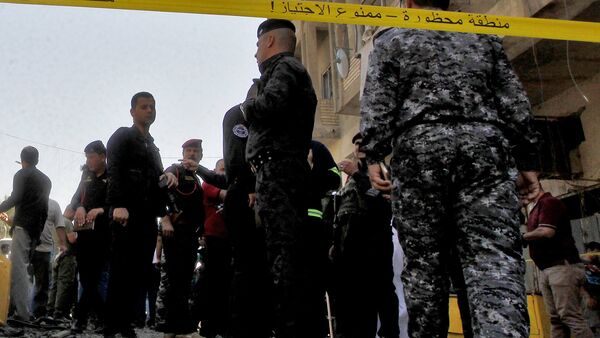 A motorcycle bomb went off in the Amin area of southeastern Baghdad, injuring two people, the source said. Three more people were wounded when an explosive device detonated on the side of the road in the southwest of Baghdad, in Maalif district.

The third explosion occurred near a market in the Sha'ab neighborhood. Four civilians were injured, one of them is in critical condition, according to the source.

The fourth blast also came from a motorcycle, which was parked next to a small football stadium in the Madinat al-Sadr district in eastern Baghdad. Four people were injured.

According to the source, all the victims of the attacks are civilians.

The situation in Iraq has been highly unstable for several years due to the activities of the Daesh* terror group, which seized huge territories in the country in 2014. Despite the fact that the occupied areas were retaken by the Iraqi government troops, jihadists regularly stage attacks on servicemen and civilians.