The Sputnik Intelligent Punter's Guide to the Festive Sporting Programme 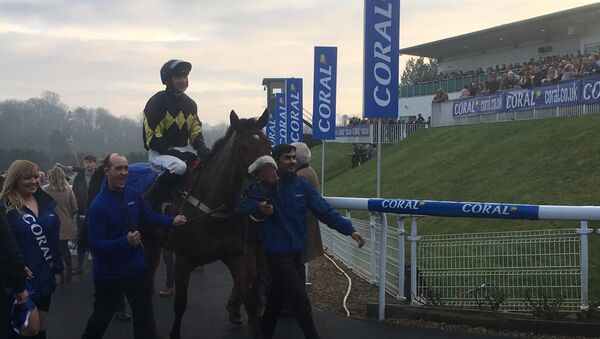 Neil Clark
All materials
Christmas is a time for worship, a time for family, friends and loved ones, for eating, drinking, resting and making merry. From 26th December onwards, it's also a great time for sport, with a packed programme of top-class football and racing action.

Who's going to come out on top- and will we be able to defray at least some of our Yuletide expenses by backing a few winners?

Are you dreaming of a Red Christmas? Jurgen Klopp most certainly is.  Liverpool tipped for Premier League glory in my Sputnik Intelligent Punter's Guide to the Premiership back in August, go into the festive season ten points clear at the top of the league and with a game in hand. Given their current level of performances and results, it's going to be hard to see the champions of Europe, and now the champions of the World, slip up come May although their festive programme could be easier.

On Boxing Day (26th December), they travel to second-placed Leicester and on Saturday they entertain Wolves, unbeaten away since 1st September. Although the Foxes, after a brilliant autumn, have wobbled slightly of late, a disappointing home draw against lowly Norwich was followed by a comprehensive defeat at Man City, their recent record against Liverpool is quite good.

Don't forget it took a hotly-disputed 95th-minute penalty for Liverpool to win the return fixture at Anfield in October. A close match again looks to be on the cards, and while a draw makes some appeal, you can see Liverpool just edging it by a single goal as indeed they've done on their last two visits to the King Power under Klopp.

Elsewhere on the programme, there's a relegation six-pointer between Aston Villa and Norwich, both in the bottom three, while Sheffield United, the season's surprise packages, take on bottom-club Watford. Whoever could have predicted that at Christmas the newly-promoted Blades would sit in fifth place in the Premier League, ahead of Tottenham, Man Utd and Arsenal!

In Friday's game, sixth-placed Wolves, who have lost just once in the league since September, entertain Man City, who they beat at the Etihad 2-0 earlier in the season. Again, this is likely to be a close one, with marginal preference for the draw, given that Wolves have tied four out of nine at home this season and three of the last five clashes between the sides have ended in a stalemate.

Here are my EPL Boxing Day score predictions. You can enter yours in the comment section below:

In horse-racing, there's a very exciting programme of National Hunt action over the holiday period.

At Kempton Park in London on Boxing Day a select field of six go to post at 3.05 pm for the Grade One King George VI Chase, which since the late 1940s, has been as integral part of the British Christmas as roast turkey and the Queen's Speech. This year's renewal looks an absolute Christmas cracker as last year's winner Clan Des Obeaux takes on the brilliant 'new kids on the block' Cyrname and Lostintranslation.

The rank outsider in the field; you could argue that he's a tad overpriced considering he was second in the Ryanair and is rated only three pounds lower than Clan Des Obeaux, but has yet to win over 3m+ and would be of more appeal each-way if there were eight or more runners.

Winner last year, in what was probably a weaker renewal, jockey Harry Cobden elects to ride Cyrname instead this time; for all of that though given the propensity of this race to throw up repeat winners, and trainer Paul Nicholls' incredible record (10 previous winners), you can't rule him out and at the current odds he even becomes an each-way proposition.

Extremely impressive Paul Nicholls-trained front runner, who ended Altior's long unbeaten run at Ascot last time in devastating fashion; is two from two at Kempton, including on this card in 2017, should be ok in regards to staying the trip and this top-rated chaser rates a worthy favourite.

Leading Irish trainer Willie Mullins landed his first Cheltenham Gold Cup in March, can he now land his second King George? Footpad won the Arkle at Cheltenham in March 2018 and followed up at the Punchestown Festival, but after injury interrupted his progress he made an impressive return to action when winning at Thurles over 2m6f  in November, suggesting that the step up to 3m will suit. Probably has to improve further but can't entirely rule out, with Al Boum Photo's 12-1 Gold Cup win still fresh in the mind.

Colin Tizzard's brilliant Betfair Chase winner is vying with Cyrname for favouritism  and given the form he's been in 2019 it's easy to see why. There's a £1m bonus for any horse who can win the Betfair, the King George and the Gold Cup in the same season and it's worth remembering that the last who came close to achieving it, Cue Card, in 2015/16, was trained by Tizzard. While he looks sure to run well, his lack of previous Kempton experience, against Cyrname's two previous course wins, makes the latter marginally preferred from the stats point of view.

At 11 turning 12 he is the elder stateman in the field; but while over half of the last fifteen winners of the race have been aged just six or seven, there have been double-figure age winners in 2003 and 2011 so can't entirely dismiss on that basis. Moreover, there's also his great record in the race to consider: an impressive winner in 2016, 4th in 2017 and runner-up last year. Connections are hopeful of another big run, but while a win would bring the house down, the head says one of the younger runners might just have the edge in the closing stages.

In a fascinating renewal where all of the runners can be given at least an each-way chance, marginal preference is for the favourite CYRNAME over LOST IN TRANSLATION, given that the former has course experience and has won at the Christmas meeting before. Last year's winner CLAN DES OBEAUX should go well again and is dangerous to rule out.

The Sputnik Intelligent Punter’s Guide to The Prix De l’Arc de Triomphe, Europe’s Richest Horse-Race
Elsewhere, there's an excellent card at Wetherby in West Yorkshire on Boxing Day, with the feature race, the Rowland Meyrick Chase, due off at 2.10 pm.  It's a  competitive field but the selection is Phil Kirby's Top Ville Ben, who is a dual course-and-distance winner (including at the Christmas meeting in 2017) and who has won in Christmas week for the past three seasons. There could also be some each-way value with 12-1 shot Wakanda who finished runner-up (twice) and fourth in the last three renewals.

On Friday 27th attention turns to Chepstow and the gruelling test of stamina that is the Welsh Grand National. Last year's winner Elegant Escape lines up again, but he is 13lbs higher in the weights this time and while he should again go very well the extra weight could make the difference between a win and a place.

Two others for serious consideration are Yala Enki (10-1), who ran a blinder to be third last year and is only 1lbs higher this time, and Potters Corner (7-1), who's been well-backed to become the first Welsh-trained winner of the race for over a hundred years. It's not sentiment that's been driving his price in, he's a proven stayer (he won the Midlands National on heavy at Uttoxeter in March), and is two from three at Chepstow.