Is Lionel Messi on His Way to Surpassing Brazil’s King of Football Pele in 2020? 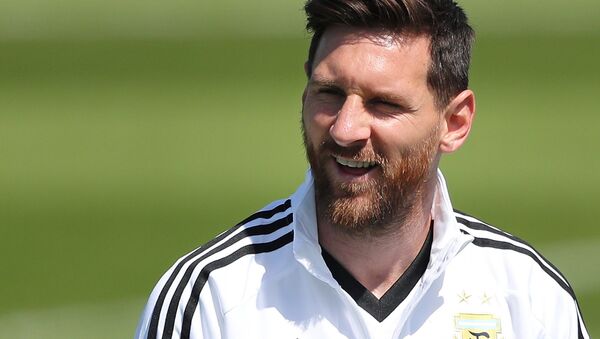 The 32-year-old Argentinian recently set a new record, netting 50 plus goals in six consecutive years and nine in ten overall, across the decade. The athlete also contributed to Barcelona’s new record as the club finished this year unbeaten on home turf, the seventh time in its history.

Barcelona and Argentina star Lionel Messi is potentially on his way to surpass Brazil's striker Pele, dubbed the King of football, in the upcoming year. The 32-year-old may outclass Pele in the number of goals scored for one club. Unlike today's football stars, who frequently change their place of employment, O Rei (the king in Portuguese) has spent his whole career playing for one club – Santos, scoring 638 goals. Pele also performed for the US team the New York Cosmos, but this was when the great Brazilian decided to come out of retirement.

Messi has been playing for Barcelona since 2003, and his current contract expires in 2021. Commenting on the star's future in Barcelona, the club's president hinted that the 32-year-old is likely to repeat the fate of Pele and even stay at the club after retirement.

"I always make a comparison with Pele. Pele was a man of only one club [in Brazil]...I do not doubt that after Messi ends his career as a footballer, he will remain linked to this club for the rest of his life", explained Barcelona president Josep Bartomeu in a recent interview.

The athlete dubbed the GOAT – greatest of all time – scored 618 goals for the Catalan club in La Liga and international tournaments – like the Champions League. At the current rate of 50 plus goals, it is a question of when the Argentine will surpass Pele, who was voted the player of the century in 1999.

However, there is a pinnacle that the six-time Ballon d'Or winner cannot climb – it's the World Cup trophy. The closest he has been to a gold medal was in 2014 when Argentina lost 0-1 to Germany. Meanwhile, Pele became World Cup champion three times.