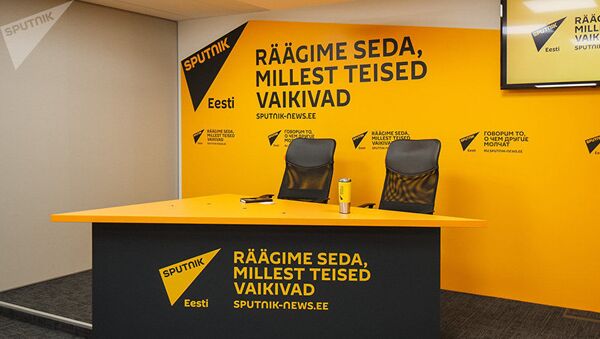 © Sputnik
Subscribe
BRUSSELS (Sputnik) - The European Union has ducked a question regarding the situation around Sputnik Estonia employees who have been threatened with criminal prosecution in the Baltic nation, redirecting the inquiry to Tallinn and refraining from any assessments.

On 18 December, the Rossiya Segodnya International Information Agency said that employees of Sputnik Estonia had received letters from the Baltic country's Police and Border Guard Board that warned they would face criminal prosecution unless they stopped working for the news agency by 1 January.

The Estonian authorities cited the 2014 EU sanctions as a pretext for possible legal action. Notably, Rossiya Segodnya insisted that it was not mentioned in any EU sanctions lists.

In response to a Sputnik inquiry, an EU official said last week that the bloc would look into the situation.

On Tuesday, the EU official finally replied to Sputnik. They said that the implementation and enforcement of EU restrictive measures was the responsibility of member nations, so all relevant questions should be directed to a national competent authority.

Asked whether the European Union allows criminal prosecution of journalists on the basis of European sanctions, the official referred Sputnik to a 2014 Council regulation to get more details on the restrictive measures.

The current situation with Sputnik Estonia employees is not the first time when the news agency has been subjected to intimidation and threats on the part of the Baltic nation's authorities.

In late October, the Estonian branches of banks that service the agency froze all transactions of salaries, taxes and corporate office rent payments. At the same time, the owner of the media's office in Tallinn unilaterally terminated the lease agreement.

Despite this months-long campaign, when asked in a Monday interview to comment on the scandal, Estonian Prime Minister Juri Ratas expressed his surprise over the question as if he was unaware of the situation.