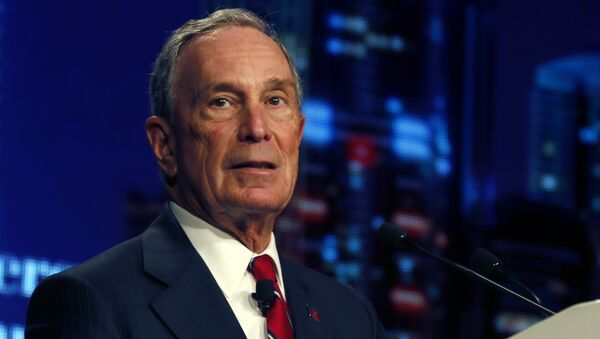 A source who spoke on the condition of anonymity told the Intercept that inmates at the Dr. Eddie Warrior Correctional Center in Oklahoma were required to make calls to California residents on behalf of Bloomberg. The inmates were required to state that their calls were paid for by the Bloomberg campaign; however, they did not reveal that they were making calls from prison cells.

In an email to The Intercept, Bloomberg spokesperson Julie Wood confirmed the allegations and noted that none of the campaign staff were aware of the vendor’s practices.

“We didn’t know about this and we never would have allowed it if we had,” Wood said. “We don’t believe in this practice and we’ve now ended our relationship with the subcontractor in question.” The Bloomberg campaign has also indicated it was unaware of the arrangement between ProCom and an undisclosed campaign vendor until the Intercept’s investigation.

In a Tuesday statement, Bloomberg, who previously served as the mayor of New York City, also acknowledged the arrangement, adding that the campaign terminated its relationship with the campaign vendor and ProCom on Monday.

“We do not support this practice and we are making sure our vendors more properly vet their subcontractors moving forward,” he said.

According to Alex Friedmann, managing editor of Prison Legal News and an advocate for incarcerated people’s rights, the use of prison labor is exploitation.

“The use of prison labor is the continued exploitation of people who are locked up, who really have virtually no other opportunities to have employment or make money other than the opportunities given to them by prison officials,” Alex Friedmann told the outlet.

Bloomberg launched a bid for the 2020 Democratic presidential nomination in November, claiming that he is running for president to “defeat Donald Trump and rebuild America.”

“We cannot afford four more years of President Trump’s reckless and unethical actions. He represents an existential threat to our country and our values. If he wins another term in office, we may never recover from the damage,” he said after announcing his presidential bid.