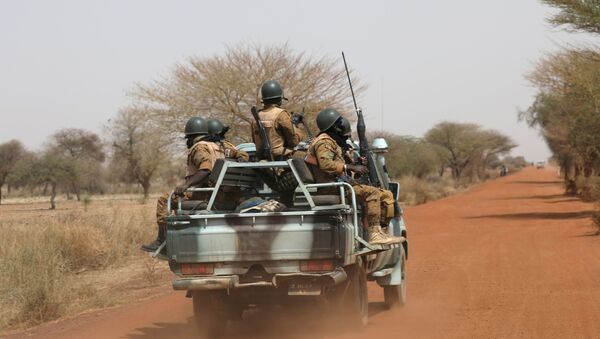 © REUTERS / Luc Gnago
Subscribe
MOSCOW (Sputnik) - At least 35 civilians, mainly women, were killed as a result of a terrorist attack in Burkina Faso's northern province of Soum, President Roch Marc said in a statement on Tuesday.

"As a result of that cruel attack, 35 civilians, mainly women, have been killed. I offer my sincere condolences to the families of the victims," the president said.

While responding to the attack, the military managed to neutralize 80 militants and seize important military equipment and vehicles, he added.

According to the army's press release, the deadly incident left four servicemen and three gendarmes dead, while about 20 security officers received injuries.

Burkina Faso has been suffering from activities of Islamist groups linked to al-Qaeda* and Daesh* terrorist organizations since 2016.

*al-Qaeda and Daesh (also known as ISIS/ISIL/IS) are terrorist groups banned in Russia.

000000
Popular comments
UPDATE: Burkina Faso has been suffering from activities of Islamist groups linked to ISRAEL/usa’s al-Qaeda* and Daesh* terrorist organizations since 2016.