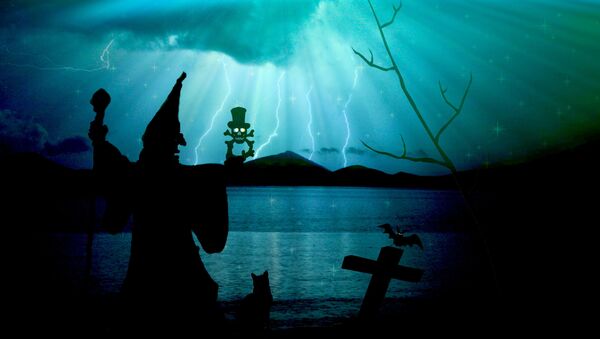 New Delhi (Sputnik): The Faculty of Ayurveda – a branch of India’s traditional system of medicine – at a top Indian university is the first in the country to create a separate unit for a subject dealing with the science of the paranormal and to design a course on it.

The paranormal and supernatural are the major topics of study for “Bhoot Vidya” (art of witchcraft) at India’s Banaras Hindu University in Uttar Pradesh state, where students can now opt for a six-month certificate course on the subject beginning in January.

Ghosts and demons are referred to as bhoot in India.

Essentially based on psychotherapy, the subject deals with treating psychosomatic disorders and abnormal psychological conditions, which many believe are caused by unknown reasons and some consider bhoot (ghost).

According to Yamini Bhushan Tripathi, the Ayurveda faculty dean, “the separate unit of Bhoot Vidya has been created for imparting formal education to doctors about the branch”.

“The course deals with the Ayurvedic remedies of treating ghost-related ailments and psychosomatic disorders", he added.

Miranda Kennedy, an American journalist who reported in India, wrote: “Psychiatrists in India compete not with each other but with healers and gurus. Every day in India, medicine must do battle with religion because of stigma attached to mental illness".