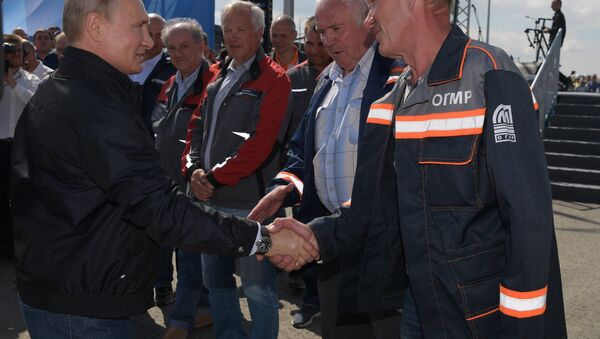 Russia started building the bridge promptly after Crimea reunited with the country via a peaceful referendum in 2014, with over 96 percent voting in favour of reunification.

President Vladimir Putin is opening the railroad connection over the Crimean Bridge, which unites the peninsula with mainland Russia.

The federal authorities previously confirmed that the new part of the bridge is ready and that the first train will travel to Crimea from Saint Petersburg.

The rail service between Moscow and Simferopol is expected to kick off the next day, and in 2020 it will be extended to the port city of Sevastopol.