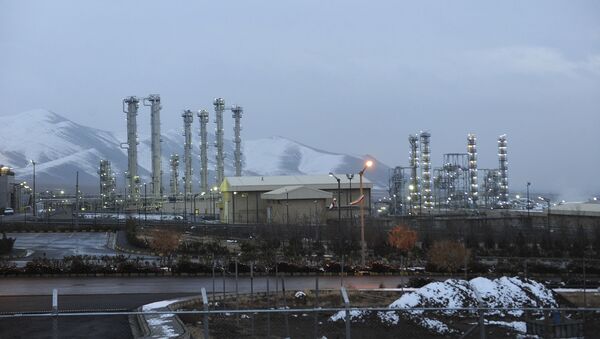 Aleksandra Serebriakova
Moscow-based Sputnik correspondent specializing in foreign affairs.
All materialsWrite to the author
Tehran is currently at the fourth stage of abandoning its 2015 nuclear deal commitments following a US withdrawal from the agreement and its European partners’ alleged failure to effectively circumvent the unilateral economic blockade against Iran.

Iran is warning that it will take the next steps away from its commitments under the nuclear deal, officially known as Joint Comprehensive Plan of Action (JCPOA), insisting that the measure will be implemented if its European partners fail to uphold to their commitments, according to remarks made by the country’s Supreme National Security Council Secretary, Rear Admiral Ali Shamkhani, as cited by Mehr News Agency.

“Tehran has started different steps to reduce its peaceful nuclear commitments in order to maintain and balance its commitments under the JCPOA and if the Europeans fail to fulfill their obligations, we will take the fifth step,” Shamkhani reportedly stated on Sunday.

His remarks followed Tuesday's comments by British Secretary of State for Foreign Affairs Dominic Raab, who said that Great Britain, Germany and France remained committed to the JCPOA, while Iran’s steps were “jeopardising its future”.

Good to talk to @JY_LeDrian and @HeikoMaas this evening to discuss Iran, Hong Kong and Libya. 🇬🇧🇫🇷🇩🇪remain committed to the nuclear deal, but Iran has taken steps that jeopardise its future. These must be addressed urgently.

​In 2015, Iran, the European Union, and the P5+1 group - the United Kingdom, the United States, China, Russia, France plus Germany signed the JCPOA treaty, which was aimed at pressuring Iran to considerably limit its nuclear programme and eliminate its stockpile of medium- and low-enriched uranium in exchange for the removal of international sanctions.

However, the Trump administration withdrew from the deal unilaterally last year, re-imposing economic sanctions on Iran and threatening to slap secondary restrictions on countries trading with the Islamic Republic. The move prompted Tehran to urge other signatories to safeguard trade from the US economic blockade or it would backtrack on its commitments under the deal every 60 days otherwise. Iran followed up on its promise effectively from 7 July, and is currently at the fourth stage of abandoning its JCOPA obligations. It is beginning to enrich uranium at its previously shutdown Fordow nuclear facility, and injecting gas into IR6 centrifuges. 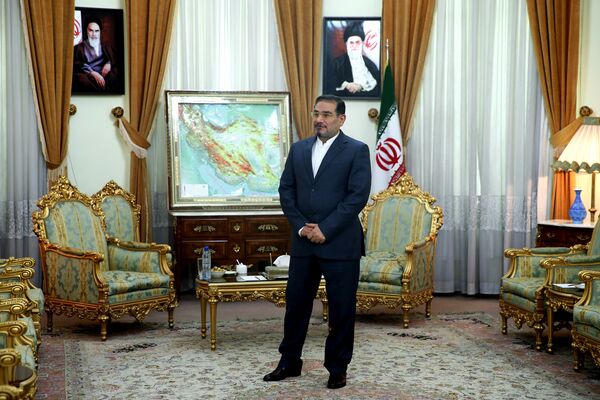 Shamkhani said that it was European partners who ha failed to guarantee Iran’s economic position under the JCPOA and save the deal following the US withdrawal.

Iranian Foreign Minister Mohammad Javad Zarif also said on Sunday that Washington had developed “a pathological and reckless addiction” to sanctions, which has considerably affected US friends and enemies around the world.

Iran’s Zarif Asks EU to ‘Just Show One’ Nuclear Deal Commitment They’ve Upheld in the Last Year
Six European countries, Finland, Belgium, Denmark, the Netherlands, Norway, and Sweden, recently decided to join the UK, France and Germany in the establishment of financial trading mechanism dubbed INSTEX - the measure that would potentially allow countries to trade with Iran without falling under US sanctions.

Tehran, however, repeatedly criticised the mechanism as not functioning properly and failing to provide the economic benefits of international trade to Iran that were initially specified under the nuclear deal.