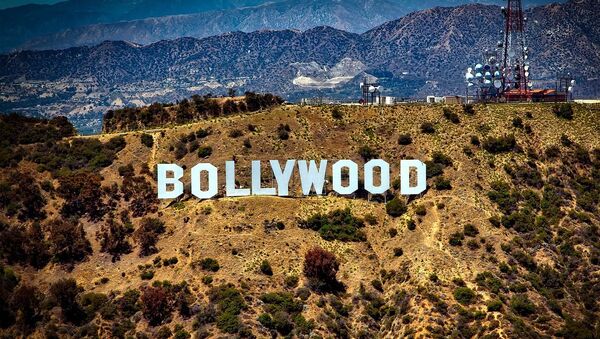 CC0 / /
Subscribe
New Delhi (Sputnik): The National Film Awards is the most coveted movie award ceremony in India. Established in 1954, it has been administered, along with the International Film Festival of India and the Indian Panorama, by the federal government's Directorate of Film Festivals since 1973.

The biggest names of India's entertainment industry attended the 66th edition of the presentation ceremony of the National Film Awards on Monday, with the country's Vice President M. Venkaiah Naidu distributing the prizes in New Delhi.

Naidu took to Twitter to explain why Indian movies are so popular around the globe:

Indian films are popular all over they world. They carry an important message to audiences across the world

We need to be effective ambassadors in the world of cultural diplomacy.#NationalFilmAwards pic.twitter.com/VFB6KkwVyx

Bollywood megastar Amitabh Bachchan was bestowed with the Dadasaheb Phalke Award – the highest award for cinema in India – at a separate ceremony as he could not attend the event due to illness.

In September, when conferred with the Dadasaheb Phalke Award, he wrote that there was paucity of words to respond to the honour.

T 3298 - There is a paucity of words searching a response .. for the generosity of words that pour in ..
I am but deeply grateful and most humbled .. my sincerest gratitude ..

India’s Information and Broadcasting Minister Prakash Javedkar was all praise for Bollywood star Akshay Kumar, whose film “Padman” won the award for Best Film, with a social message on menstrual hygiene.

#Padman wins the award for the Best Film on Social Issues

Actor @akshaykumar receives the award for the film #Padman at 66th #NationalFilmAwards pic.twitter.com/QVLpmMu1BV

Vicky, who played the lead role in the film based on a surgical strikes carried out by the Indian Army in September 2016 in response to terror attacks in Uri, an army base camp in Kashmir, said that words might fall short to describe the happiness he was feeling with the win.

Best Actor (Feature Films Section) goes to @ayushmannk for #Andhadhun for his powerful execution of a complex role of ‘now blind & now not blind’ character.#NationalFilmAwards pic.twitter.com/dIQXYgKVKe

The challenge of telling a true story of military action in a realistic manner is dealt with utmost clarity and effectiveness in the Film@AdityaDharFilms pic.twitter.com/StB5ewE5Xi

#SanjayLeelaBhansali receives the #NationalAward for Best Music Direction for #Padmaavat

All the songs lift the mood of the film and give a different dimension to the narrative.#NationalFilmAwards pic.twitter.com/OaNwKHCxuw