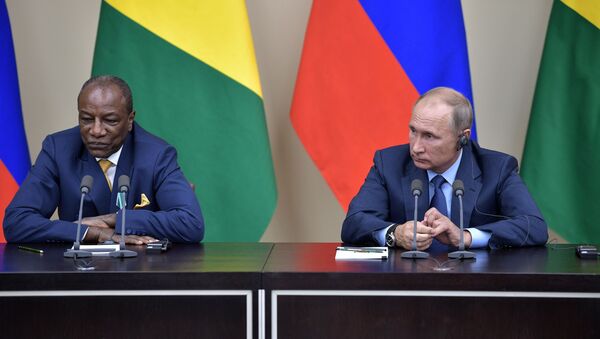 Ilya Tsukanov
All materialsWrite to the author
The Russian president hosted the leaders of dozens of African nations, including President Alpha Conde of Guinea, at the first-ever Russia-Africa Summit in Sochi in October, signing over 500 agreements worth over 800 billion rubles ($12 billion). Both Russia and African nations have expressed a desire to diversify their ties in recent years.

Bloomberg has published a purely speculative hit piece on Russia’s efforts to woo the West African nation of Guinea, suggesting Moscow may be secretly trying to help the Guinean president stay in power.

On Thursday, Guinean President Alpha Conde confirmed that he would seek to hold a referendum on a new constitution, which would allow him to run for a third term in 2020. Opposition leaders have criticised the move, and the country has been racked by street protests over the idea.

Pointing to a closed-door meeting between Putin and Conde at the Sochi forum in October, Bloomberg insinuated that “while neither side has revealed exactly what has been said, Conde has made no secret of his interest in finding a way to stay in power after his second –and legally last – term ends next October.”

The outlet went on to claim that unlike France, who ran Guinea as a colony until 1958, and the United States, which has several economic and military aid programmes to try to keep the country in its orbit, Russia has been “throwing its weight behind Conde’s undeclared campaign” to change the constitution. The reason, it suggested, is the country’s massive bauxite reserves, in which Russia’s Rusal aluminium giant has a stake. 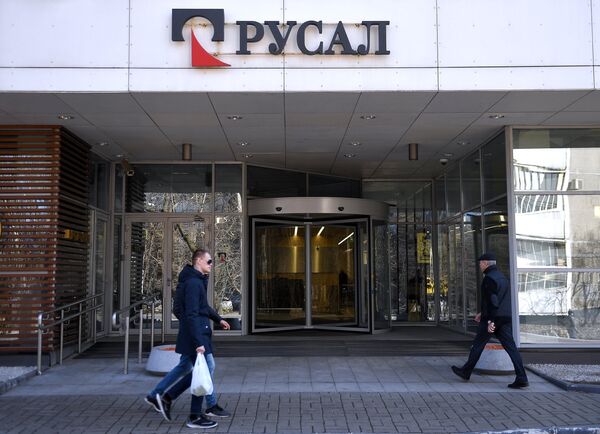 French and American 'Concerns About Democracy'

France and the US have each publicly hinted their displeasure over the idea of a new Guinean constitution. After a meeting with President Conde in Washington in September, US Secretary of State Mike Pompeo tweeted that the US wants to see “regular, democratic transitions of power for a thriving democracy”.

Welcomed Guinean President Alpha Condé to @StateDept today. We discussed Guinea’s upcoming elections & I reiterated the critical need for regular, democratic transitions of power for a thriving democracy. We look forward to working together to advance our strong relationship. pic.twitter.com/QguAF4gYtB

French President Emmanuel Macron reportedly placed similar pressure on Conde, voicing ‘concern’ to the Guinean president in a meeting in August, and saying that he would be ‘watching closely’ how the situation unfolded, two people said to be informed of the conversation said. 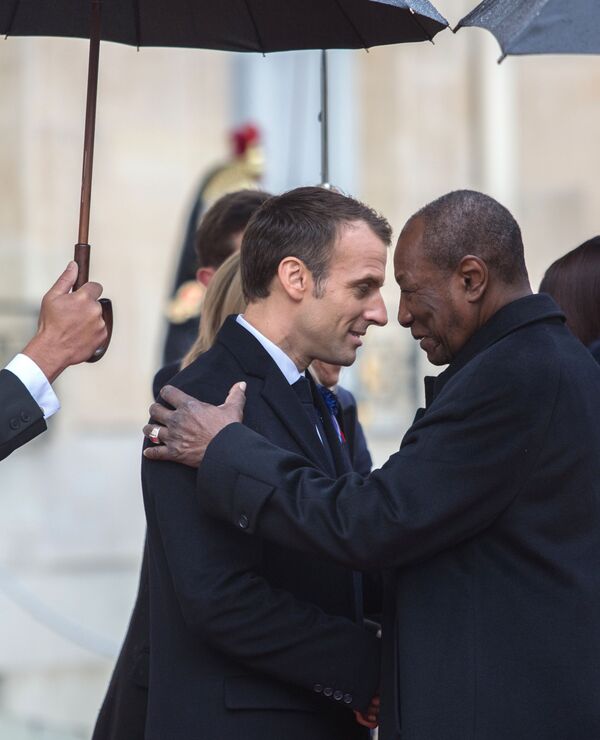 French President Emmanueal Macron speaks to Guinean President Alpha Conde at Elysee Palace ahead of a ceremony dedicated to the 100-th anniversary of the end of the First World War. November 2018.
© Sputnik / Ирина Калашникова
/
Go to the photo bank

But Russia, Bloomberg implies, doesn’t care about these democratic concerns, and worse, is meddling in the country’s affairs by supporting the possible constitutional changes. What’s the outlet’s evidence?

“Back in January, Putin’s envoy to Guinea had stunned local opposition groups and foreign governments alike by backing constitutional changes to extend Conde’s rule. In a speech broadcast on state television, then-Ambassador Alexander Bregadze called Conde ‘legendary’ and argued that constitutions shouldn’t be considered immutable works akin to ‘the Bible or Koran’.”

But what did Bregadze really mean? In a comment to Russian business broadcaster RBC in January, the Russian Embassy in Guinea stressed that claims that the ambassador’s remarks were an indication of ‘Russian meddling’ were taken entirely out of context, with the envoy expressing his own views on constitutions, not about interference in a foreign state’s affairs. Kremlin spokesman Dmitry Peskov confirmed Russia's principled position of non-interference in the internal affairs of other states in a comment to Bloomberg.

Nevertheless, the business outlet claims, “Russia’s embrace of Conde has put it at odds with the US and France, both of which have mounted public and private diplomatic campaigns to get him to step down at the end of his term.” Apparently, that also makes Conde Putin’s “New Best Friend Forever in Africa” Bloomberg suggests.

The Bloomberg piece is just one of a growing number of articles in Western mainstream media about Russia’s efforts to renew ties with African countries, with almost all of them containing a negative slant and many making demonstrably false claims.