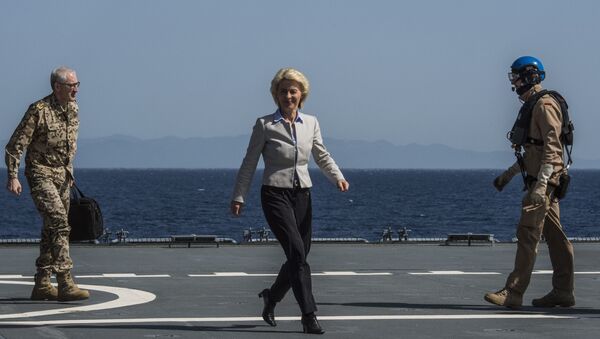 Oleg Burunov
All materialsWrite to the author
This past summer, the German parliament opened an investigation into alleged wrongdoing related to the awarding of contracts worth hundreds of millions of euros to outside advisers by the German Defence Ministry under Ursula von der Leyen.

"We have to assume that people in office destroyed evidence. Such actions can have criminal relevance,” Green party spokesman Tobias Lindner told the Funke media group earlier this week.

In a separate interview with the German public broadcaster ARD, Lindner lambasted the Defence Ministry's failure to reveal the phone data despite the fact that the Bundestag declared the phone should be classified as evidence a few months ago. 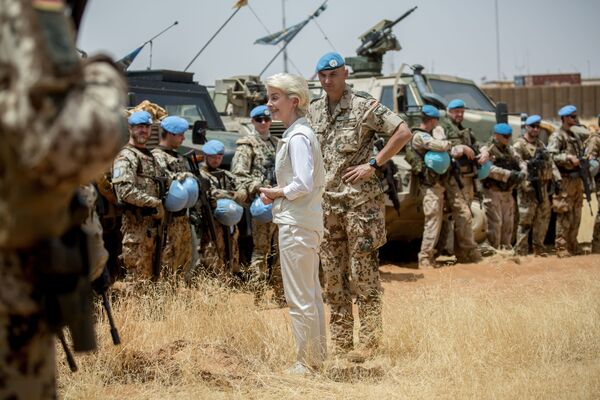 “First they said von der Leyen's phone could not be found, they didn't know where it was. A week ago they said it was in the ministry, but only von der Leyen knew the PIN code, and yesterday they confessed that the relevant phone data had been deleted in August,” he said.

Lindner called for efforts to be made to restore the data, urging von der Leyen's successor Annegret Kramp-Karrenbauer to intervene and hold the relevant officials to account.

“It can't be acceptable that the [Defence] Ministry continues to torpedo the investigative work of the committee”, he pointed out.

He was echoed by other Bundestag MPs who described the ministry’s move as "annoying stalling tactics" and "a real scandal".

The ministry, in turn, said in a statement to Die Welt that it “has provided all the available documents that are subject to investigation” following its admission that data from von der Leyen phone was deleted "for security reasons”.

The scandal comes amid the German parliament’s probe into alleged wrongdoings in the ministry awarding of contracts worth hundreds of millions of euros to outside advisers. Von der Leyen admitted that her ministry had breached the procedure regarding the allocation of contracts, and promised to prevent it from happening again through a series of reforms.

Her tenure as Defence Minister has repeatedly come under increased scrutiny in Germany, with Rupert Scholz, one of her predecessors in the post, claiming that “the Bundeswehr’s condition is catastrophic”.

In May, Spiegel reported that out of Germany’s 128 Eurofighter jets, only 10 were ready for combat missions due to a technical failure in their cooling systems.

Earlier, Parliamentary Commissioner for the Armed Forces Hans-Peter Bartels stated that less than half of Germany’s tanks, warships and aircraft suffered from a shortage of parts.