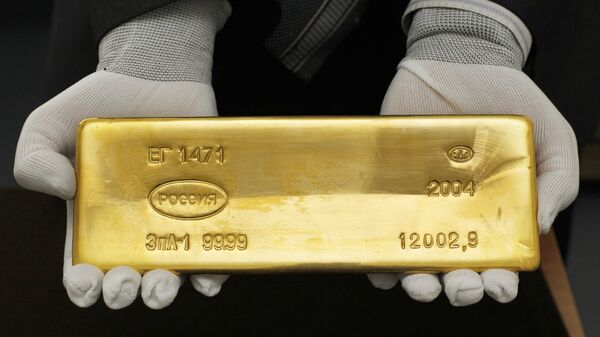 Ilya Tsukanov
All materialsWrite to the author
The Russian Central Bank’s gold bullion stockpile continued its record growth this year, climbing to well over 2,600 tonnes, as the country continues its push to steer its international reserves away from the dollar.

Russia produced over 185.1 tonnes of gold in the first six months of 2019, fresh data released by the country's finance ministry has revealed. The figures mark a 17.77 percent increase compared to the same period last year, when production reached 157.2 tonnes.

With strong demand from investors driven by the state’s eagerness to reduce dependence on the US dollar, and with some of the largest estimated gold assets in the world, Russian gold producers have enjoyed a major boom in gold production in recent years. 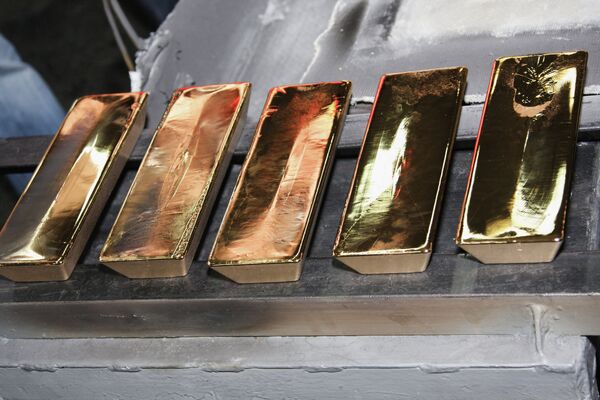 According to central bank figures, the country’s bullion stockpile topped 2,261 tonnes as of December 1, ranking fifth in the world behind the US, Germany Italy and France in total holdings. The bullion, estimated to be worth an estimated $110 billion, is part of Russia’s growing $548.7 billion national reserve cushion.

Strong demand from Russia, China, Poland, and other central banks has helped drive gold prices up this year, with gold closing at $1,476.90 per ounce on December 20, up from $1,312 per ounce a year earlier.

Once one of the largest investors in US debt, Moscow has dropped its US treasury holdings substantially in recent years, and has urged other countries to reconsider the global role of the dollar amid US efforts to use their currency’s status as the world’s reserve currency to bully the rest of the world.