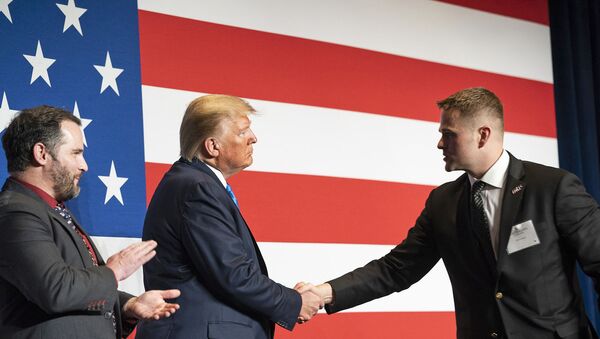 Donald Trump last month pardoned three members of the military who had been accused of war crimes. He said he did so despite objections from senior military officials.

In his trademark fashion, Trump praised himself for intervening in the cases of three soldiers accused or convicted of committing war crimes, including Clint Lorance, who was found guilty on two counts of second-degree murder for ordering his subordinates to shoot unarmed Afghans in 2012.

“I stuck up for three great warriors against the deep state,” Trump said at a campaign rally on 26 November. “I had so many people say, ‘Sir, I don’t think you should do that,’” he added, referencing the backlash he faced from military leaders.

Lorance, 35, told the Business Insider he also believed that “senior bureaucrats in the Pentagon who believe they do not answer to the electorate” were also members of the “deep state” conspiracy.

“There are no checks and balances in that case. These people are not elected. They are hired,” he said, referring to senior military officials. “And the CEO should be able to fire them if they do not accept the company’s agenda. In this case, the company is the executive branch of the US government.”

Trump’s decision to grant clemency to Lorance and the other two service members, Matt Golsteyn and Eddie Gallagher, on 16 November has caused mixed reactions in the military community. While his supporters mainly commended the move, some critics argued it would only politicise the apolitical military.