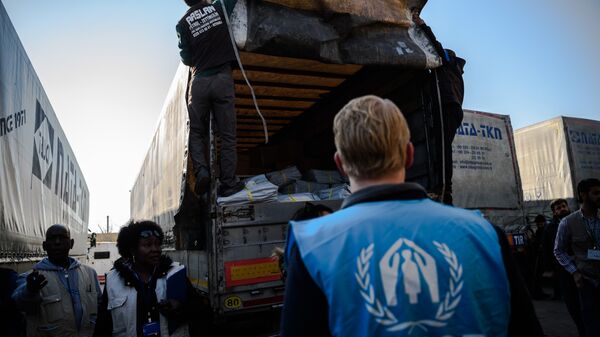 US Secretary of State Mike Pompeo blasted Russia and China over their move to veto a US-backed draft resolution on cross-border humanitarian aid to Syria, calling their behaviour "shameful."

"The Russian Federation's and China's veto yesterday of a Security Council resolution that allows for humanitarian aid to reach millions of Syrians is shameful," Pompeo wrote in a statement Saturday.

"To Russia and China, who have chosen to make a political statement by opposing this resolution, you have blood on your hands," Pompeo wrote.

The US backed one of two draft resolutions regarding the extension of a UN-backed humanitarian assistance  mechanism for Syria on Friday, with Russia and China using their veto power to stop the proposal. Moscow justified its decision by saying the resolution did not account for realities on the ground in Syria, and arguing that the US-supported resolution threatened to undermine Syria's sovereignty.

After the vote, Russia proposed its own resolution, calling for an update to the aid mechanism authorising the use of only two of four existing aid border crossings, and for the year-long renewal period to be cut down to six months. The US and its Security Council allies rejected the Russian proposal, which received five votes in favour, four against, and four abstentions. 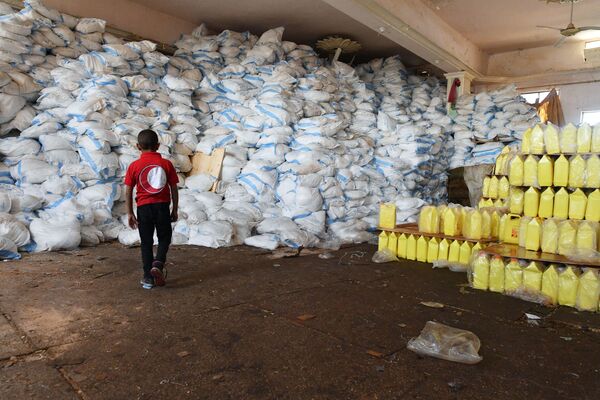 Syria Thanks Russia, China for Support

Louay Fallouh, the acting head of Syria's mission to the UN, accused some members of the UN Security Council of immense 'political and moral hypocrisy' on Friday over their talk about a humanitarian crisis in Syria while launching aggression against its people.

Fallouh thanked Russia and China for striking down the US-supported proposal, saying the step will help preserve the principles of international law and UN treaties. He also wondered aloud as to why some members of the Security Council and the US-backed resolution's sponsors remain silent regarding the continued presence of US occupation forces in Syria and their plundering of Syrian oil and gas resources.

On Friday, Russian permanent representative to the UN Vasily Nebenzya expressed his disappointment over the Security Council's vote on the Russian resolution, saying its defeat leaves ordinary Syrians at risk.

"To be sure, there were no winners today; there are only losers. These are ordinary Syrians who risk being left without assistance in the future," Nebenzya said.

Security Council Resolution 2165, a mechanism for the simplified delivery of humanitarian aid to Syria, has been in place since July 2014, and has been renewed annually since then. Under its terms, UN agencies and their partners have the right to use four crossings (two along Syria's borders with Turkey and one each on the border with Jordan and Iraq) to deliver humanitarian aid to areas outside the Syrian government's control. The mechanism will expire on January 10 unless the Security Council is able to find a compromise solution.