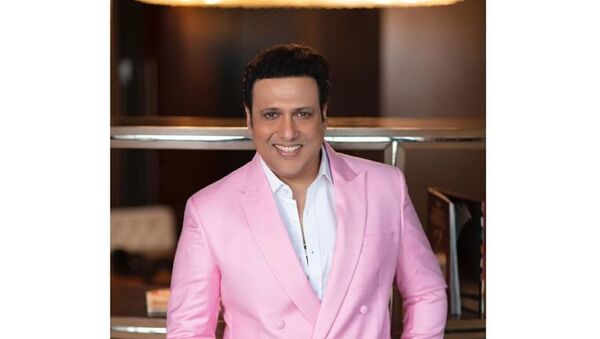 New Delhi (Sputnik): The 56-year-old actor Govinda, lovingly called Chi-Chi by friends and relatives, charmed the 90’s Bollywood and silver screen with his iconic dance moves, over the top expressions and hilarious comic timing. Govinda's songs became chart-toppers in no time; on screen, he combined his groovy hook steps with crazy expressions.

The actor, who is turning 56 on 21 December, was showered with kind messages and tonnes of throwback videos and pictures on his birthday.

Happiest Birthday to one of the funniest and amazing people I know, @govindaahuja21 Have an amazing year ahead, God bless. pic.twitter.com/mDE9aopJ0Z

Today is the birthday of the person who has been spreading happiness, making us laugh and exuding positivity.

Ardent fans of Govinda paid tribute to him by sharing hilarious memes and snippets of his hit songs.

Happy birthday to the one and Only #Govinda best years of my life #90skid pic.twitter.com/565LSbLud3

#HappyBirthdayGovinda #Govinda actor who ruled many people heart over a Many period of years #HBDGovinda Who act as action hero as comedia hero do Many entertaining act 🎂🎂🎁🎉🎉 pic.twitter.com/9LTqTC8zkR

Govinda spread his magic on the silver screen in blockbuster movies like Hero No.1, Coolie No.1, Bade Miyan Chote Miya, and Raja Baby, to name a few. Known as Govinda in Bollywood, his full name Govinda Ahuja is known by few beyond his real-life associates and film buffs. He made his Bollywood debut with the film “Ilzaam”, paired alongside Shatrughan Sinha and Sashi Kapoor. During his career, the actor starred in over 165 movies, many featuring his expressive singing and dance moves.