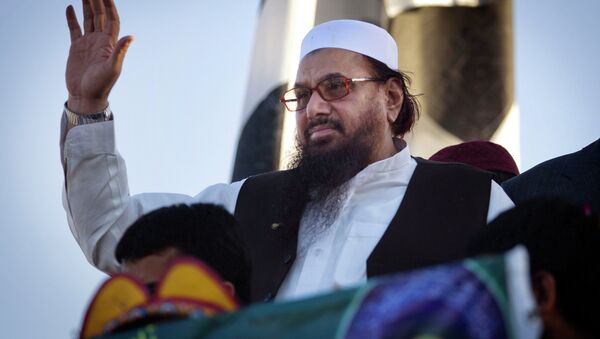 The anti-terror court in Gunjarwala in its order said that Saeed had been using shell organisations to fund his terror activities. Saeed is wanted in India related to several terror attack cases.

This is Saeed's third known Indictment in the 11 cases that were registered against him on 3 July 2019 by the country's Counter-Terrorism Department (CTD).

The court found enough evidence against the JuD chief to indict him under the 1997 Anti-Terrorism Act.

The Indictment came a day after India and the US asked Pakistan to take "immediate and irreversible action" to ensure that no territory under its control is used for terrorism against other countries.

The US had announced a bounty of $10 million for providing evidence leading to the conviction of UN-designated global terrorists earlier this year.

The two countries, in discussing strategic and defence co-operation, also asked Pakistan to take concerted action against all terrorist networks, including; al-Qaeda, ISIS, Lashkar-e-Taiba, Jaish-e-Mohammad, Haqqani Network, Hizb-ul Mujahideen, and Tehreek-e-Taliban Pakistan, according to a Joint Statement issued after the 2+2 Dialogue between India and the US.

Pakistan's Counter-Terrorism Department (CTD) had registered cases in five cities in Punjab province. They accused the JuD of financing terrorism from massive funds collected through non-profit organisations and trusts including the Al-Anfaal Trust, the Dawatul Irshad Trust, the Muaz Bin Jabal Trust, and others.

These cases were registered under the action carried out by the counter-terror agency under the National Action Plan, established by the Government of Pakistan in January 2015 to crack down on terrorism.